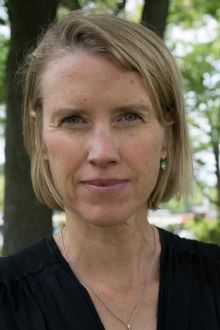 Lili Wright’s first novel, Dancing with the Tiger, a literary thriller set in Mexico, was an Edgar finalist for "Best First Novel," a semi-finalist for the VCU Cabell First Novelist Award, and winner of the Housatonic Book Award for Fiction. She is also author of the travel memoir, Learning to Float. Her essays have appeared in The New York Times, Newsweek, Good Housekeeping, Down East, The Cincinnati Review, The Normal School, Cream City Review, and she writes a column called "Work" in Indianapolis Monthly magazine. She worked as a newspaper reporter for ten years before earning her MFA in nonfiction writing from Columbia University. While living in New York City, she taught at Columbia's Graduate School of Journalism and wrote for ABC's "Good Morning America." At DePauw, she teaches creative writing and journalism.