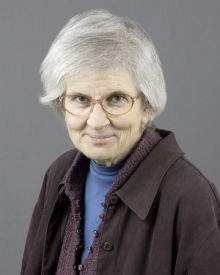 Andrea Sununu earned an A.B. at  Mount Holyoke and an A.M. and Ph.D at Brown. Having taught at Mount Holyoke, Swarthmore, Oberlin, and the University of New Hampshire, she arrived at DePauw in 1990. She teaches introductory courses and Early Modern Subjects, including Shakespeare and Milton.  Her most recent senior seminar, "Subverters and Self-fashioners: Revisiting Shakespeare's Sisters Nearly a Century After Woolf," grew out of her research on Katherine Philips (1632-64), whose works she is co-editing for Oxrford UP. She has directed 13 Honor Scholar senior theses and served on the examining committees of 37 others. Of the 20 first-year seminars she has taught since 1997, 18 have been in the Honor Scholar program and two in the English Department.  She received an award for Exemplary Teaching in 1993, an inaugural Distinguished Professorship in 1999, a Tucker Distinguished Career Award in 2005, and in 2017 an Oxnam Award for Service and a NACADA Outstanding Faculty Advisor award. Her most recent essay, published in the British online journal _Women's Writing_ (2017), will be republished in _Katherine Philips: Form, Reception and Literary Contexts_ (Routledge, 2018).