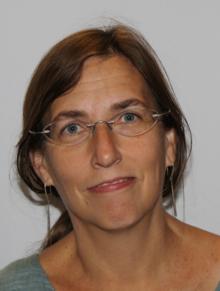 Professor Emerita of English and Women's, Gender, and Sexuality Studies

Meryl Altman is Professor Emerita of English and Women's Studies at DePauw, where she served for many years as Director of Women's Studies. She came to Greencastle in 1990, after teaching at William and Mary and studying at Swarthmore College and at Columbia, where she earned her Ph.D in English literature with a dissertation on modernist American poetry. She has written regularly for the Women's Review of Books, and has published scholarly articles on Djuna Barnes, H.D., Faulkner, Sappho, metaphor, women's migrant domestic labor, and the history of sexuality, and on Simone de Beauvoir, the topic of her recent book, Beauvoir in Time (Brill, 2020). Other interests include feminist and queer theory, translation studies, and gender and sexuality in Ancient Greece.

“Was Surrealism a Humanism? The Case of Michel Leiris.”  Symposium: A Quarterly Journal in Modern Literature, 67:1, March 2013.

“Mission Not Accomplished,” review of On Being Included: Racism and Diversity in Institutional Life by Sara Ahmed (Duke, 2012). Academe, January/February 2013

“Necessity but [unintelligible].” Introduction to a previously unpublished manuscript fragment by Simone de Beauvoir.  The Useless Mouths and Other Literary Writings of Simone de Beauvoir, edited by Margaret A. Simons and Marybeth Timmerman,  Illinois University Press, 2011.