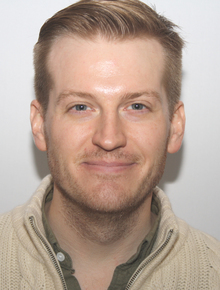 M.A. in History, University of Illinois at Urbana-Champaign, May 2010

Ryan Bean's research specializes in the history of native peoples, empire, and cities in colonial Peru, but at DePauw, he teaches a wide array of courses on the Iberian world and the colonial and modern histories of Latin America. In addition to teaching in the History Department, Ryan also teaches classes in Latin American and Caribbean Studies (LACS). His research and teaching focus on histories from below, particularly the ways in which everyday people--native peoples, women, Africans, and castas--shaped the local and global structures that constituted their worlds. Ryan is currently working on a book manuscript titled Frontier's Conquest: Native Andeans, Ritual Specialists, and the Making of Urban Peru, 1535-1700.

HIST 197: Myth and Conquest: Spain and the Americas

HIST 200A: Holiday in Latin America: A History of Tourism and Travel

HIST 290A: Saints, Sinners, and Revolutionaries in Latin America

HIST 300B: From Imperial Towns to Megacities: Urban History in Latin America

HIST 300B: Law and (Dis)Order in Latin America