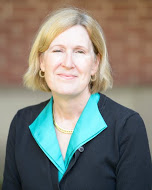 Research Interests I am a French historian with a focus on intellectual movements in eighteenth-century France. My primary research focus has been on recovering the voices that have long been relegated to the second tier of Enlightenment writers and thinkers. These figures include such names as the historian Louis-Pierre Anquetil, the scientist and essayist Gabrielle Émilie Le Tonnelier de Breteuil, marquise du Châtelet, the Italian adventurer Giacomo de Casanova, and most recently, the feminist writer and political playwright, Olympe de Gouges.

While my research interests shape how I approach my classes, my teaching interests extend more broadly throughout European history from medieval to early modern times.

Hist 197: The History of Happiness

Hist 221: France from Charlemagne to Napoleon