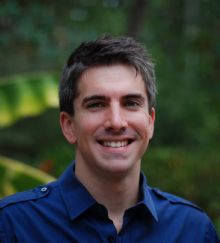 Trained as a specialist in sixteenth- and seventeenth-century Spanish literature, in my scholarship and teaching I regularly draw on a broader set of transdisciplinary methodologies.  My work in critical theory, world literature, and translation studies, for instance, signals a more expansive, inclusive, and multipolar research program than what the traditional nomenclature of the Spanish Golden Age might suggest.  Likewise, by crossing borders both geographical and temporal, my writing and teaching often place pre-modern Iberia into conversation with urgent contemporary debates around race, gender, and politics, while spanning more distant geographies, including North Africa, the Americas, East Asia, and the Global Hispanophone.

I'm the author of Affective Geographies: Cervantes, Emotion, and the Literary Mediterranean (University of Toronto Press, 2020), the first monograph to recuperate a place for literature in the multidisciplinary field of Mediterranean Studies.  The book takes as its point of departure the premise that literature is as influential in constructing the Mediterranean as its geomorphological, climatic, or economic features--those which, since Fernand Braudel's famous mid-century study, have dominated scholarship of the region.  Informed by the history of emotion, the book shows how Cervantes's writing--with its uncommon focus on the Moorish, Islamic, and North African experience--unsettles and realigns misconceptions about the Mediterranean we have inherited today.  Affective Geographies thus contends that the early modern author's body of work ramifies beyond the literary proper to alter the broader psychological imaginary and longue durée cultural landscape.

In addition to my book, my research is published or forthcoming in edited collections and peer-reviewed journals like MLN, Bulletin of Spanish Studies, and PMLA, and encompasses such topics as the history of emotion, visual and sound studies, oceanic studies, literary theory, pop culture, public monuments, the Inquisition, translation, and early modern drama, narrative, and poetry.  Among my most recent publications are contributions to the Norton Critical Edition of "Don Quijote" (ed. Diana de Armas Wilson), The Quest for Certainty in Early Modern Europe (ed. Barbara Fuchs and Mercedes García-Arenal), and the critical introduction to the first modern edition of a seventeenth-century play by Luis Vélez de Guevara, Celos, amor y venganza, o No hay mal que por bien no venga (Juan de la Cuesta Press, 2018).  I'm currently at work on an edited volume, Cervantine Futures: Theorizing Cervantes after the Critical Turn (with Nicholas R. Jones; under contract with Vanderbilt University Press), and a monograph tentatively entitled A Cultural History of Shame in Early Modern Spain.

My work has been generously supported by the Fulbright Research Fellowship and Great Lakes College Association.  Since 2013, I've been a member of the interdisciplinary research group History and Philosophy of Experience, sponsored by the Spanish Ministry for Science and Innovation and hosted at the Spanish National Research Council (CSIC).  I also currently serve as an elected member of the MLA Delegate Assembly and of the executive committees of the Cervantes Society of America and the MLA's Mediterranean Forum.

For more information, see my CV and profile on Google Scholar.