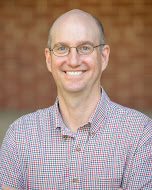 I am an Early American Historian, with a particular focus on efforts to abolish slavery from the Age of Revolution through the Civil War and on colonial North American society. My new book Liberty's Chain: Slavery, Abolition, and the Jay Family of New York was published in Spring 2022 by Three Hills, an imprint of Cornell University Press. This multi-generational biography tells the story of John Jay, his descendants, and enslaved and formerly enslaved members of their households. It traces personal, regional, and national arcs from the colonial period to the early 20th century, from slaveholding to radical abolitionism, and from enslavement to emancipation. The book builds upon two of my previous books--a monograph on the abolition of slavery in New York and, with David Quigley, a document collection on debates about race and citizenship in New York from the American Revolution through Reconstruction. In addition, I co-authored the textbook American Odysseys: A History of Colonial North America. As a teacher, I have developed a wide array of courses on colonial North America and Atlantic History, as well as on the U.S. Constiution, on the American Revolution, and on urban history. I also have taught a Winter Term course on Bruce Springsteen, about whom I have published two essays.

"'The master and the man must change places for a season': Untangling Historical Narratives of Race and Loyalty in The Spy," The James Fenimore Cooper Society Journal 32 (Fall/Winter 2021): 5-27.

"Going Nowhere: Bruce, the Beatles, Neil Young, Talking Heads and Others" to Bruce Springsteen and the American Soul: Essays on the Songs and Influence of a Cultural Icon, ed. David Garrett Izzo (McFarland Publishing, 2011). Link to McFarland Website