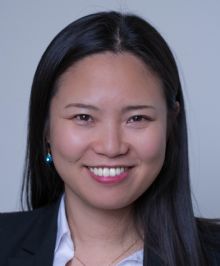 Currently on leave and released from teaching and service obligations

Sujung Kim is Associate Professor of Religious Studies at DePauw University. Her chief research field is Japanese Buddhism of the medieval period with a focus on transcultural interactions between Japanese and Korean Buddhism. Her interdisciplinary research interests also include Buddhist visual and material culture, as well as performative aspects of Buddhist narratives. She received her Ph.D. in East Asian Languages and Cultures from Columbia University in 2014 (with distinction) and her M.A. in Buddhist Philosophy from Korea University in 2007. She joined the DePauw faculty in 2014 and since then she has taught a wide range of courses on Buddhism and East Asian religions. Her first monograph, Shinra Myojin and Buddhist Networks of the East Asian “Mediterranean,” (University of Hawai‘i Press, 2019) is not only the first monograph in any language on the Tendai Jimon school in Japanese Buddhism, but also the first book-length study in English to examine Korean connections in medieval Japanese religion. By shifting the paradigm from a land-centered vision to a sea-centered one, the work underlines the importance of a transcultural and interdisciplinary approach to the study of Buddhist deities. Currently, Sujung is working on her second book project tentatively titled, Korean Magical Medicine: Buddhist Healing Talismans in Choson Korea, which she investigates the religious, historical, and iconographic dimensions of healing talismans produced in Buddhist settings during the Choson period. Although its primary focus is Korean talismans, the book also locates itself in the broader East Asian context, aiming at showing the complex web of talismanic culture in East Asia.

“The Love Lady and the Stony Monk: Women, Sexuality, and Imagination in the Kegon engi emaki.” James

“Frogs Looking Beyond a Pond: Shinra Myojin in the East Asian Mediterranean Network,” Fabio Rambelli ed., The Sea and the Sacred in Japan: Aspects of Maritime Religion (London: Bloomsbury Academic, 2018): 79–87.

“Skanda, The Multifaceted God: Skanda in Korean Buddhism and Beyond,” Korea Journal of Buddhist Studies