Prof. Derek Ford to Present Wednesday Talk at Syracuse U 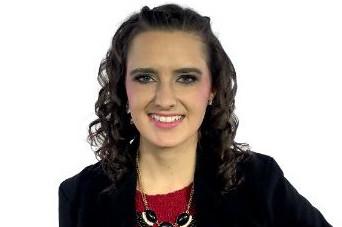 Rachel Hanebutt, a 2015 Education Studies graduate, has published a chapter in Communicating Intimate Health, a book featuring both new research and vulnerable reflections on the research process which showcases the potential of communication scholarship to engage intimately with intimate topics. Rachel earned a Master's Degree at the Harvard Graduate School of Education and is currently enrolled in the Community Research and Action PhD Program at Vanderbilt University.

Though Education Studies is not a teacher preparation program, interested students can pursue an alternative path to teaching after graduation.

The process of education is critical to a society still moving toward its democratic ideals.

Margo Fox recently published a book review in the peer-reviewed Journal for Critical Education Policy Studies. Fox's review of Jay Dolmage's Academic Ableism was a revised version of her final project in EDUC 480: Educational Research Methods. She worked with her professor and advisor, Derek Ford, to finalize and submit it.

"[I] was presenting to a group of 40 high-level people, and they asked 'What consulting firm do you work for? Oh, you're still in school? What PhD are you going for?' That's when I knew I'd been well-prepared by DePauw."

Dr. Derek Ford and Masaya Sasaki, in a semester-long independent study, co-authored an article that was published in the peer-reviewed journal, Educational Philosophy and Theory.

The Gilman Scholarship funds a student's expenses for a study or intern abroad program. Kim used her award to study Comparative Education and Social Change in Chile.

Students engage with the local community in participatory research

Students participated in a long-term research project led by Professor Alexander aimed at understanding the structure of poverty in Greencastle and the limits and possibilities of community-based anti-poverty initiatives.

Trishaunna John, Anneliese Waalkes, and Kassidy Mattson presented with Dr. Ford at the Equity and Social Justice Conference at Virginia Commonwealth University. Their panel, "We can't breathe: Space, politics, and air," was the only undergraduate student presentation.

While exploring the relationship between colonization and religion, DePauw students produced locally relevant literary resources for local schools in Uganda.

Brayden White '20 authors a chapter for The 2017 Hampton Reader

The Education Studies Department supports and stands in solidarity with the mass movement for Black Lives and commits to continuing to work and learn--in our classrooms, with students, in our department, and in our communities--towards the demands of this movement.

The four-year non-licensure education studies program focuses on education as a discipline within the liberal arts. Students investigate topics such as the sociology of education, the political economy of education systems, and theories (critical and traditional) of learning and development as well as engage in cultural, historical and philosophical studies of education. The major culminates with students conducting authentic research via a two-semester capstone experience.

The Education Studies curriculum pursues a vision of the critical educator who investigates the highly contested meanings and processes of education; the transformative intellectual who is aware of personal agency and power to transform communities, guided by intellectual curiosity and whose response to the knowledge base is mediated by reflection, critical thinking and inquiry; and the public pedagogue, defined as an intellectual who demonstrates skill competence, communication and interpersonal skills, knowledge and understanding of human development and human diversity, and the ability to engage broad contradictory world views. 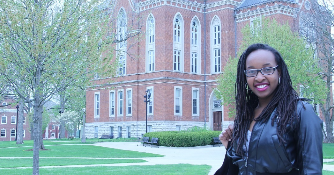 After completing a year of research in New Zealand on a project titled "Positive Affirming Spaces: Tools to Cultivate Sense of Self in Maori Youth," Kandyce went on to pursue a doctorate in education at the University of Wisconsin-Madison. 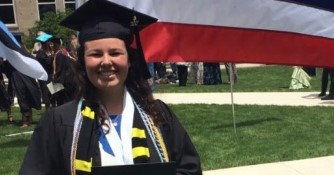 Kaela taught English in Thailand for a year through an English Teaching Assistantship. Kaela, who hopes one day to make efforts to reform American schools, showed special interest in learning more about Thailand's education system and policies. 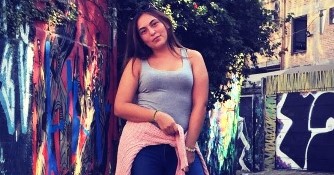 With her U.S. Student Scholarship, Jackie conducted research in Brazil at the Universidade Federeal da Bahia (UFBA) in the department of gender and diversity. Her research examined identity intersections that involve race, class and sexuality and investigates bi/multi-valence. 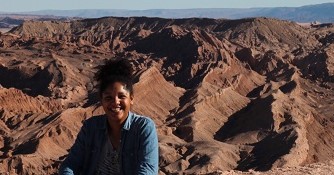 Stephanie received an English Teaching Assistantship which she used to travel to Paraguay to teach English.