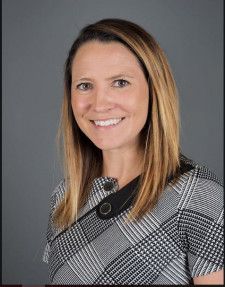 Amanda was born and raised in Glen Allen, Virginia, a town outside of Richmond, VA. Growing up, her basketball career landed her a spot on Randolph-Macon College’s nationally ranked basketball team in Ashland, VA. During her time as a collegiate athlete, she had the opportunity to play in three NCAA tournaments. After graduation, Amanda attended Virginia Commonwealth University and earned her M.Ed. In 2011, she moved to Chicago where she worked for DePaul University as the Assistant Director of Admission and Communication for almost four years.

Amanda joined the DePauw Admission team in August, 2015 initially as a Chicago Regional Representative. She was immediately drawn to DePauw University because of her interactions with the incredible people on campus. During her first visit to DePauw, she quickly learned that the faculty, staff and students wholeheartedly believe in the liberal arts experience. They radiate passion for the university and everyone's dedication to DePauw's mission is instantly noticeable to anyone who visits campus.

Still a Virginia girl at heart, Amanda enjoys getting back home to see her family as often as she can make the road trip. If not there, then to Nashville where her sister and brother-in-law live. As an avid sports fan and former college athlete, you can find her having trouble sitting still when she's not at work. Amanda lives in Indianapolis with her fiancé and their two dogs Wellie (golden retriever) and CJ (boxer-mix).