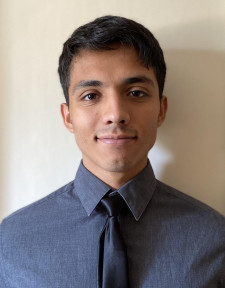 Arturo is a Senior Kinesiology major who is from the South Side of Chicago. He became passionate about physical therapy when he routinely worked on his and his family’s physical health. He discovered DePauw on his search for the top 20 Kinesiology programs in the country, which he knew would prepare him for a Doctor of Physical Therapy. Arturo ultimately chose DePauw because of its amazing kinesiology department and a better financial aid package than other universities. While at DePauw, Arturo participated in the Playwright's Festival his first year and took on three different roles in order to push himself out of his comfort zone. During his sophomore year, Arturo joined La Fuerza Latina, a Latin dance group on campus. He joined La Fuerza’s executive board his junior year and has continued to do so in his senior year. Arturo was involved in fraternity life on DePauw’s campus. While no longer an active member, he did serve his fraternity as Treasurer.

Arturo became an admission intern because he felt it would afford him the opportunity to give back to his community in Chicago. He thought this internship would benefit other applicants from Chicago as they would get an authentic and unbiased perspective. Arturo also believes this experience would develop his communication and interpersonal skills.