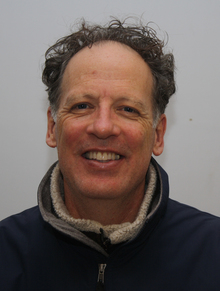 Peter Graham teaches creative writing and film studies. He has published in Columbia: A Journal of Literature and Art, Indy Men’s Magazine, and Notre Dame Magazine, where he is a regular contributor of personal essays and memoir. His 2012 essay, “When Life Hangs in the Balance,” won a bronze medal for “best feature” of the year from CASE—the Council for the Advancement and Support of Education. Another essay, “Christmas in Bangkok,” appeared in The X-Mas Men, an anthology of essays published by the Indiana Historical Society. In 2001, Peter helped launch DePauw’s Film Studies Program, and since 2002 he has led regular Winter Term trips to the Sundance and Slamdance film festivals.