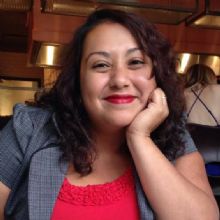 Professor Rahman received her Ph.D in Political Science in 2007 from Johns Hopkins University. She works at the intersection of Contemporary and Comparative political theory. In particular, she is interested in exploring how foundational concepts in political theory rupture and become contested in a globalized world of difference. Her book, "Time, Memory, and the Politics of Contingency" which was published by Routledge in July 2014 is featured in the series "Innovations in Political Theory" and examines the role of time and memory in our understanding of contemporary politics. Professor Rahman also conducts research in the area of Muslim Political Thought, focusing on the debates around secularism and modernity in Political Islam. Her articles and reviews have appeared in Contemporary Political Theory and Theory and Event. Her latest book project involves a study of the politics of honor in contemporary political life. She teaches courses in Modern, Contemporary, and Muslim Political Thought.