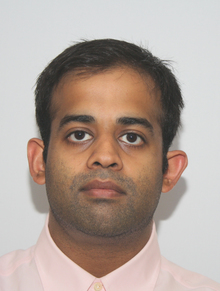 My work examines the public's understanding of scientific issues such as climate change and vaccines. In particular, I examine how perceptions of scientific consensus, objective facts, and uncertainty are affected by partisan biases, and how to best correct misperceptions or misinformation on these issues. My research has appeared in journals such as Climatic Change, Global Environmental Change, Environmental Politics, and Social Science & Medicine. My research has also been covered in avenues such as the Washington Post, NPR Michigan Radio, and the Sierra Club Magazine.

This study examines the relationship between racial attitudes and public opinion about climate change. Public opinion data from Pew and ANES surveys are used to show that racial identification and prejudices are increasingly correlated with climate change opinions during the Obama presidency. Results show that racial identification has become a significant predictor of climate change concern following Obama’s election in 2008, and that high levels of racial resentment are strongly correlated with reduced agreement with the scientific consensus on climate change today. These results offer evidence for an effect termed the spillover of racialization. This helps further explain why the public remains so polarized on climate change, given the extent to which racial grievances and identities have become entangled with elite communication about climate change and its related policies today.