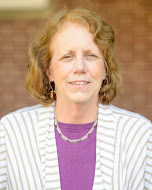 Barbara J. Steinson taught courses in a variety of topics related to Nineteenth and Twentieth Century U.S. history and U.S. women’s history. During the first half of her 1999-2000 sabbatical, she conducted research supported by a CLIO Grant from the Indiana Historical Society for a manuscript, "Rural Women in Indiana, 1870-1980. From January 2000 to June 2000, she was affiliated with the University of Aberdeen, as the Great Lakes Colleges Association Scotland Fellow for 1999-2000. While in Aberdeen, she began work on a comparative project, "Rural Women and the American Midwest and the Northeast of Scotland." During her 2006-2007 sabbatical leave, she worked on a new edition of her book, AMERICAN WOMEN'S ACTIVISM IN WORLD WAR I, under contract from University of Illinois Press.  After many delays, the second, entirely revised edition is close to being completed.    Forthcoming is an essay "Woodrow Wilson and Woman Suffrage" for the Blackwell Companion to Woodrow Wilson.   Steinson served many years (2000-2006) as the co-chair of the Rural Women's Studies Association, an international group devoted to the interdisciplinary study of rural women and was also vice-president and president of the Indiana Association of Historians.

In addition to several articles, she has published  American Women’s Activism in World War I (Garland Press, 1982).  (Second edition under contract U of Illinois Press)