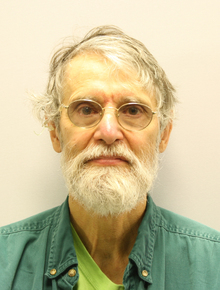 Bruce Stinebrickner has taught American politics at DePauw since 1987. He has also taught at Herbert H. Lehman College of the City University of New York (1974-1976), at the University of Queensland in Brisbane, Australia (1976-1987), and in DePauw programs in Argentina (1990) and Germany (1993). He earned his B.A. magna cum laude from Georgetown University in 1968, and his M.Phil. and Ph.D. in political science from Yale University in 1972 and 1974, respectively. He served two years as head of the Department of Government at the University of Queensland and fourteen years as chair of the Department of Political Science at DePauw.   Since coming to DePauw, he has served a five-year term as Frank L. Hall Professor of Political Science and a four-year term as University Professor.  In 2008-09 he began a five-year term as a member of Transylvania University’s Bingham Selection Committee. This five-member committee of faculty drawn from distinguished liberal arts colleges across the United States visits the Transylvania campus in Lexington, Kentucky, twice a year and selects faculty to receive Bingham Awards for good teaching.  In 2009 he was appointed the inaugural Leonard E. and Mary B. Howell Professor of Political Science at DePauw.

Stinebrickner is the co-author (with Robert A. Dahl) of Modern Political Analysis, sixth edition (Upper Saddle River, NJ: Prentice Hall, 2003). He has also served as editor for more than thirty editions of American Government, a widely used book of readings in McGraw-Hill’s Annual Editions series, and fourteen editions of State and Local Government (also published by McGraw-Hill), whose first edition appeared in 1984. He has published articles in political science and policy journals on American local governments, the American presidential nomination and election process, the career patterns of Australian politicians, and freedom of the press. His current research interests focus on government policies involving children (e.g., schooling, adoption, and foster care).

Born and raised on Long Island, New York, Stinebrickner enjoys spending time with his adult children as well as keeping abreast of—and sometimes trying to influence—political happenings in the world around him.  He has participated in political campaigns and since 2008 has served on the Greencastle (Indiana) school board and the Greencastle Redevelopment Commission.   He has also traveled widely.  Besides living in Australia, Germany, Argentina, and the USA, he has visited every continent except Africa and Antarctica and has set foot in over forty countries. Last but perhaps not least, he has had a lifelong involvement with basketball. He has played organized basketball on four continents and coached at middle-school, high school, and semi-professional levels.  In 2007, he was named one of Georgetown University’s “Top 100” players when his alma mater celebrated its first century of intercollegiate basketball teams.   He is a fan of the women’s and men’s DePauw Tiger teams and, despite growing numbers of aches and pains, continues to play regularly himself, holding his own, he claims, against players half--and even one-third!--his age.