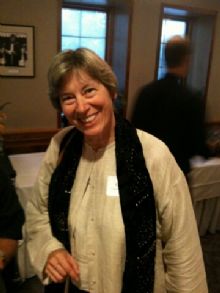 Carla Edwards is Professor of Organ at DePauw University in Greencastle, Indiana.  She received a Bachelor of Music degree with highest distinction from the University of Kansas, a Master of Music degree from the University of Alabama and a Doctor of Music degree in Organ Performance from Indiana University.  Her organ studies have been with Larry Smith, Delores Bruch, James Moeser, Catharine Crozier, Robert Noehren, Michael Schneider, Mary Lou Nowicki, and Warren Hutton. Edwards has performed in the United States, England, Finland, and Italy, and her performances have been broadcast on the nationally syndicated radio program Pipedreams. In the fall 2007, she was featured as a soloist with the Virginia Symphony, and in the summer 2007, performed for the National Organ Historical Society Convention in Indianapolis, IN.  She appeared as a convention artist at the 1993 AGO Regional Convention in Indianapolis (IN), the 1994 National AGO convention in Dallas (TX), the 1997 AGO Regional Convention in Evansville (IN), the 2001 AGO Regional convention in Ft. Wayne (IN), a solo artist at the 2008 AGO National Convention in Minneapolis/St. Paul and a solo artist at the 2011 AGO Region V convention in Lexington (KY).  Dr. Edwards has recorded two CDs for Calcante Recordings, Ltd, two recordings with the DePauw University Band and a recent CD of works for Soprano and Organ with Prof. Caroline Smith from DePauw University.  She has just completed a CD recording titled HOMAGE on the DePauw University Kresge Auditorium organ built by Wolff & Associées Ltée. from Laval, Quebec Canada.