For the first time ever, 100% of DePauw University student applicants for assistance from the U.S. State Department to study abroad have been awarded Benjamin A. Gilman International Scholarships.

Eight DePauw students won a total of $38,500 in scholarships. Unfortunately, the COVID-19 pandemic may stand in the way for some of them to receive the funding.

“For 20 years, the Benjamin A. Gilman award for study abroad has awarded funds to Pell Grant recipients so they could realize their dream of studying abroad,” said Mandy Brookins, associate dean of experiential learning and director of off-campus programs. “DePauw students have always had success with Gilman, but we have never seen 100% of applicants in a cycle be awarded.

“These students worked very hard on their applications and clearly exemplify the resilience and determination of DePauw students to engage the world even in the face of a global pandemic.” 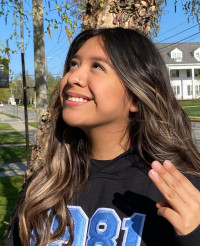 Kimberly Bello-Rosas ’22, a psychology major who hails from Chicago and was an alternate Gilman awardee last year. She was awarded $5,000 to travel to the Netherlands. 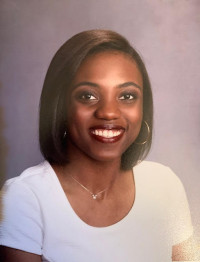 Layla Brown-Clark ’23, a Chicago resident who majors in English writing and minors in studio art. She was $5,000 to travel to the United Kingdom. 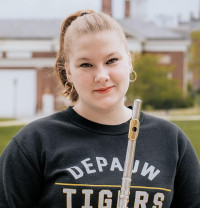 Riley Clark ’23, a Rector scholar and music student from Clifford, Indiana. She won $5,000 to travel to Austria. 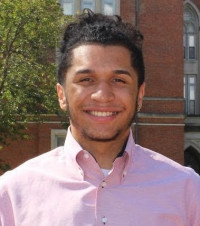 Mikael Polanco ’23, a Posse student from New York City. He is a global health major who won #5,000 to travel to Sweden.

Alejandro Aquino ’23, a Posse student from New York City. He double-majors in biology and English writing. He won $5,000 to travel to Australia.

Michael Ze-En Chen ’22, a management fellow and Information Technology Associates Program participant from New Taipei City, Taiwan. He double-majors in economics and computer science. He won $4,5000 to travel to the United Kingdom.

William Cole ’23, of Newark, Ohio. He double-majors in computer science and philosopy and minors in Asian studies. He won $4,500 to travel to Japan.

Erin Pasch ’22, a Bonner scholar and member of the track and field team from Indianapolis. She double-majors in biochemistry and Hispanic studies and minors in biology. She won $4,500 to travel to Ecuador.

The Gilman scholarships are federally funded and thus may be used only for travel to countries with a State Department travel alert of level one or two. Consequently, some of the students may have to decline the award, Brookins said, because of persistent high-level travel alerts.

“DePauw is committed to supporting students who have to decline the award due to high travel alerts,” she said.