The physics of happiness, graphically speaking

It never fails: every semester the moment arrives when Jacob Hale’s physics students need the boost.

Maybe everyone did poorly on a quiz. Or no one could grasp a particular concept. Frustration runs high. Doubts abound. Maybe they can’t be scientists after all.

Wrong, Hale says. And then he demonstrates why.

He calls it his graph of happiness.

He came up with the idea when he was nearing graduation with a Ph.D. from Purdue University, a period when he had plenty of ups and downs.

“I got to thinking, research is an interesting thing because you have so many downs in it,” he says. “I mean, there are so many problems with research. You’re failing all the time. Your equipment doesn’t work; your data don’t make sense; you get nasty reviews from reviewers of your paper. ...

Later, while counseling a colleague, Hale translated his thoughts into an illustration – a graph, with time on the horizontal axis and happiness on the vertical, which had both positive and negative values.

Visualizing the graph enables a student to see that “failure is a part of learning and it’s not a negative thing, although it has negative feelings attached to it,” Hale says. “When we fail, we don’t like it; we’re not happy. But with this perspective of the role of failure in progress, it diminishes that negative feeling and allows you overall to have a better experience because you can see those peaks.”

The graph demonstrates for students that their hard work “is leading toward that happy moment, that peak that’s going to happen and, once you accept that, it kind of lifts those valleys of happiness to levels that aren’t ‘giving up’ levels. ... If you have the right perspective, failure doesn’t bring you down low to that despairing state.”

Hale neither scripts nor schedules roll out of the graph of happiness. But “it happens in every class, every semester,” he says. “There’s just a moment that’s the right time. The conversation is going that direction, or I can just see the mood.”

That moment came for Momoka Goto ’21 during a summer research project.

Seeing the graph of happiness “helped us to keep thinking that we were doing a good job,” Goto, a physics major, says. “Some days, we did not make much progress but we stayed positive with the graph of happiness. After all, nine weeks of summer for me was long and was not fully productive in terms of the work and results, but I think Dr. Hale supported us with great lessons to be a good scientist.”

Anh Le ’21 said he had “to repeat the same experiment over and over again to hopefully get the perfect data to analyze. … The number of tries my partner and I had to do was up to about 500.”

Their experiences prompted Hale to show them the graph of happiness, which “really did get us through tough afternoons. With the graph drawn on the board, it gives us motivation to keep trying since, the more tries we give, the more chances we get to make the experiment right.” 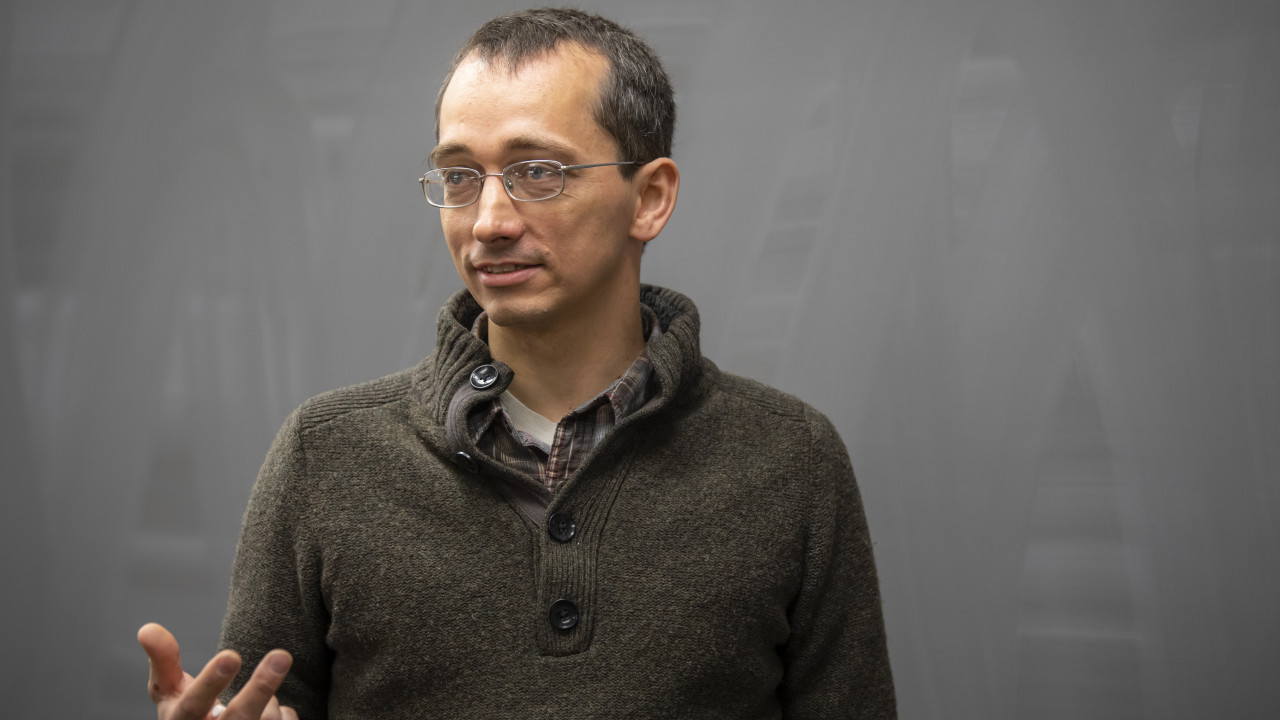