Nancy Boyer ’73 was crushed when professor F. Walker Gilmer urged her to abandon her dream to do exactly what he was doing – teach English literature at a college.

She mulled her future and landed on the law. She graduated from Indiana University School of Law and by 1991 had practiced 15 years when Indiana Gov. Evan Bayh appointed her to complete a retiring judge’s Allen County Superior Court seat. She subsequently was elected five times and retired in June.

As a judge, she said, “I did what I wanted to do and what I enjoyed doing at DePauw, which is why I say it’s the best job ever.” 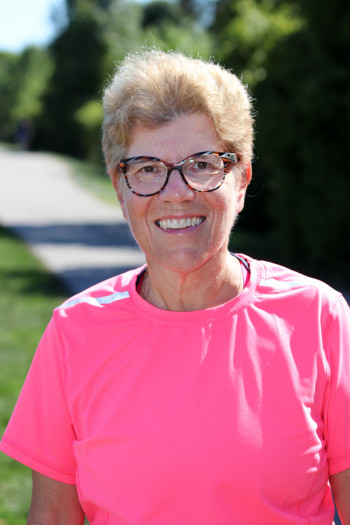 She made history as the first female judge in Allen County and as chief judge when the nine-judge superior court boasted five women. As a judge, she employed the same sort of organized thinking and succinct writing that she used as an English lit major. “You have to be able to distill what your thoughts are and put them down on paper and communicate – and that’s such an important aspect of the practice of law and being a judge,” she said. When as a judge she used lessons learned at DePauw, “it was like a full circle.”

When Boyer reviews her 29-year career on the bench, she points to two projects that she undertook outside the formal courtroom as her biggest accomplishments: Her work toward implementing plain English instructions for civil juries and intervention that kept 3,430 Allen County homes from foreclosure.

“Being a judge and doing that job well is one thing; the other is how do we serve the public better?” she said.

Her English degree landed her on the Indiana Judges Association committee to rewrite model civil jury instructions in plain English.

“Disorganized and jargon-heavy instructions do an utterly inadequate job of informing jurors of what they are to do,” Boyer said. “For instance, half of the jurors in one study thought that ‘preponderance of the evidence’ … meant a slow, careful pondering of the evidence.”

Her motivation, she said, “is kind of simple: I think it’s the right thing to do. I mean, I think about these jurors. … We’re imposing on their lives to have them come and help the third branch of government operate. Shouldn’t we treat them and give them the best tools?”

She is even prouder of her foreclosure-avoidance work. About 10 years ago, the Indiana Supreme Court solicited volunteers to establish a mortgage foreclosure assistance project in their counties and Boyer promptly volunteered for Allen County. She worried about the displaced homeowners with nowhere to go; about the value of properties neighboring a vacant house where break-ins would occur and weeds would grow. She wondered why a lender would foreclose, only to end up with an empty house that would cost money to insure while generating zero revenue.

“I was always very proud of that project,” she said. “It was so gratifying. I kept the notes that people would send me. I’d see some of them out. They’d say, ‘Judge Boyer’ – and you never know; did I upset them with my decision? And they would come up to me and say ‘Thank you so much; we’re still in our house.’

“It’s good for the community if these individuals can stay in their homes,” she said. “… Our job is to deliver justice to individuals, all individuals, and I think that’s what we did when I was involved with this program.”