As publicity manager at Simon & Schuster, the third largest publisher in the U.S., Brianna Scharfenberg ’14 toils “to get the word out about new books.”

The process varies depending on the book, but Scharfenberg arranges all types of media exposure for authors, coordinates book tours with venues throughout the country, writes news releases, brainstorms opinion pieces and weighs in on editorial acquisitions. 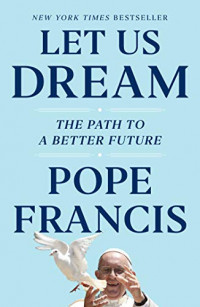 “Any publicity hit can move a book in the right instance,” she said. So she works to cover all the bases, including spending a lot of time talking.

“Publishing is very much a people business; it's very social,” she said. “Whether it’s editors having lunch with agents or publicists grabbing coffee with a magazine editor, it’s a big network.”

In addition, “I am there to navigate authors through the process and provide coaching and even emotional support at times,” she said. Some authors are as “cool as cucumbers,” Scharfenberg said. “But many are nervous to see how The New York Times or The Washington Post is going to review their book, or they get jitters before an NPR or ‘Today’ show interview.” 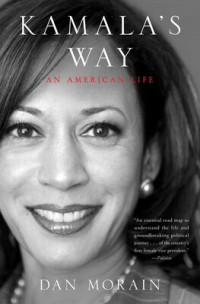 She has represented Pope Francis and the co-writer of “Let Us Dream,” and promoted biographies of Vice President Kamala Harris (“Kamala’s Way”), first lady Eleanor Roosevelt (“Eleanor”) and former German Chancellor Angela Merkel (“The Chancellor”). Subjects can be as wide ranging as NASA’s mission to Pluto (“Chasing New Horizons”) to the Brazilian Amazon (“Third Bank of the River”).

Since the pandemic caused reviewers and journalists to work from, well, wherever, Scharfenberg relies on email blasts to pitch books. Some reviewers respond, some don’t, and it may take multiple emails to get their attention.

Trade publications such as Kirkus Reviews and Library Journal print reviews ahead of publication so booksellers or librarians can order books coming down the pipeline.

Such reviews “can be helpful so that you can tell The New York Times, for example, ‘I hope you’ve enjoyed that copy I sent you. By the way, here’s what Kirkus said about the book.’ …

“And media begets media,” Scharfenberg said, so she may send another wave of outreach when the book is published to share great reviews and author interviews.

If all goes as planned, the author will go on tour and more media opportunities spring up. “I’ll continue to support them beyond publication throughout all of that too,” she said.