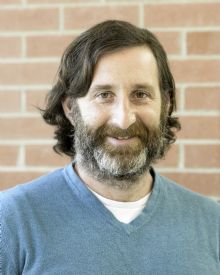 Seth Friedman is an Associate Professor in the Department of Communication and Theatre. He earned his Ph.D. in Communication and Culture from Indiana University, Bloomington in 2009. He regularly teaches the following courses: Foundations of Communication; Media, Culture & Society; Film and Culture; Film History; Film Theory; Media Criticism; Global Media; Senior Seminar. He is the author of Are You Watching Closely?: Cultural Paranoia, New Technologies, and the Contemporary Hollywood Misdirection Film (State University of New York Press, 2017). His essays have been published in peer-reviewed journals, such as Film History, Journal of Film and Video, The Journal of Popular Culture, and Quarterly Review of Film and Video, among other venues. He is currently co-editing (with Dr. Amanda Keeler, Marquette University) an anthology, Contemporary American Prestige Television: Cultural and Artistic Value in the Multiplatform Era, which is under advance contract with Rutgers University Press.

Review of Are You Watching Closely?: Cultural Paranioa, New Technologies, and the Contemporary Hollywood Misdirection Film in Alphaville: Journal of Film and Screen Media: http://www.alphavillejournal.com/Issue18/ReviewLavender-Smith.pdf