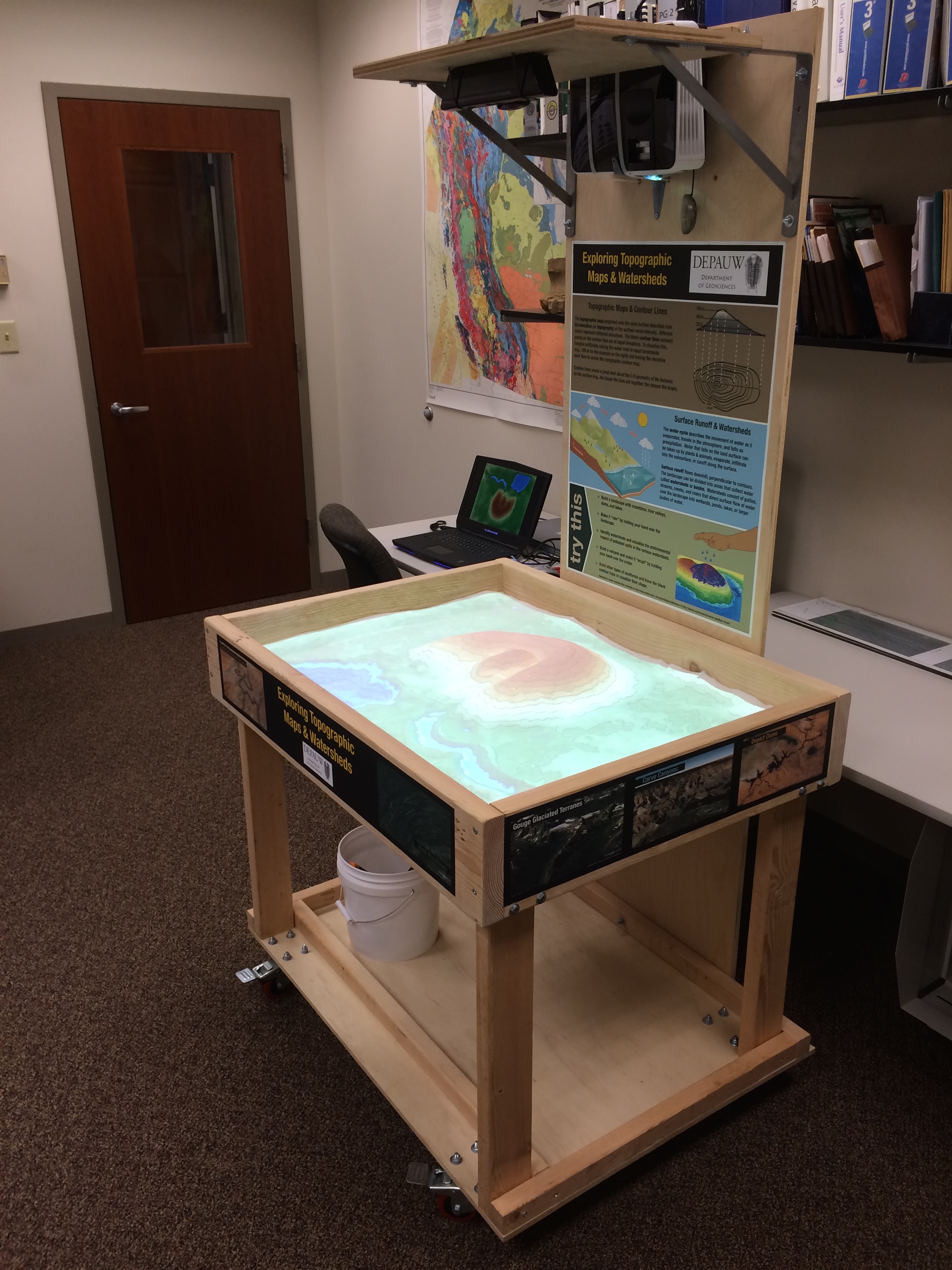 In order to help students visualize landforms shown on topographic maps, Dr. Scott Wilkerson (and his sons Zach and Ben) constructed an augmented reality sandbox based on an NSF-funded project led by Oliver Kreylos at UC Davis' W.M. Keck Center for Active Visualization in the Earth Sciences (KeckCAVES).

The augmented reality (AR) sandbox (see left) was built on a wooden cart that uses a Microsoft Xbox Kinect 3-D sensor/camera to measure the elevation of the sand surface at the millimeter scale. These elevation data are collected by a laptop computer, which then computes the topographic contours of the sand surface and subsequently sends a color-coded topographic map to a short-throw projector mounted above the sandbox.  The projector overlays the color-coded elevation map and contours back onto the sand surface...in real time.  That is, users shape the sand into landforms, and the colored topographic map automatically readjusts to reflect those changes in surface elevations.  In addition, users can also simulate digital water by causing it to "rain" over the area and watch the water flow downhill into streams, ponds, and lakes. 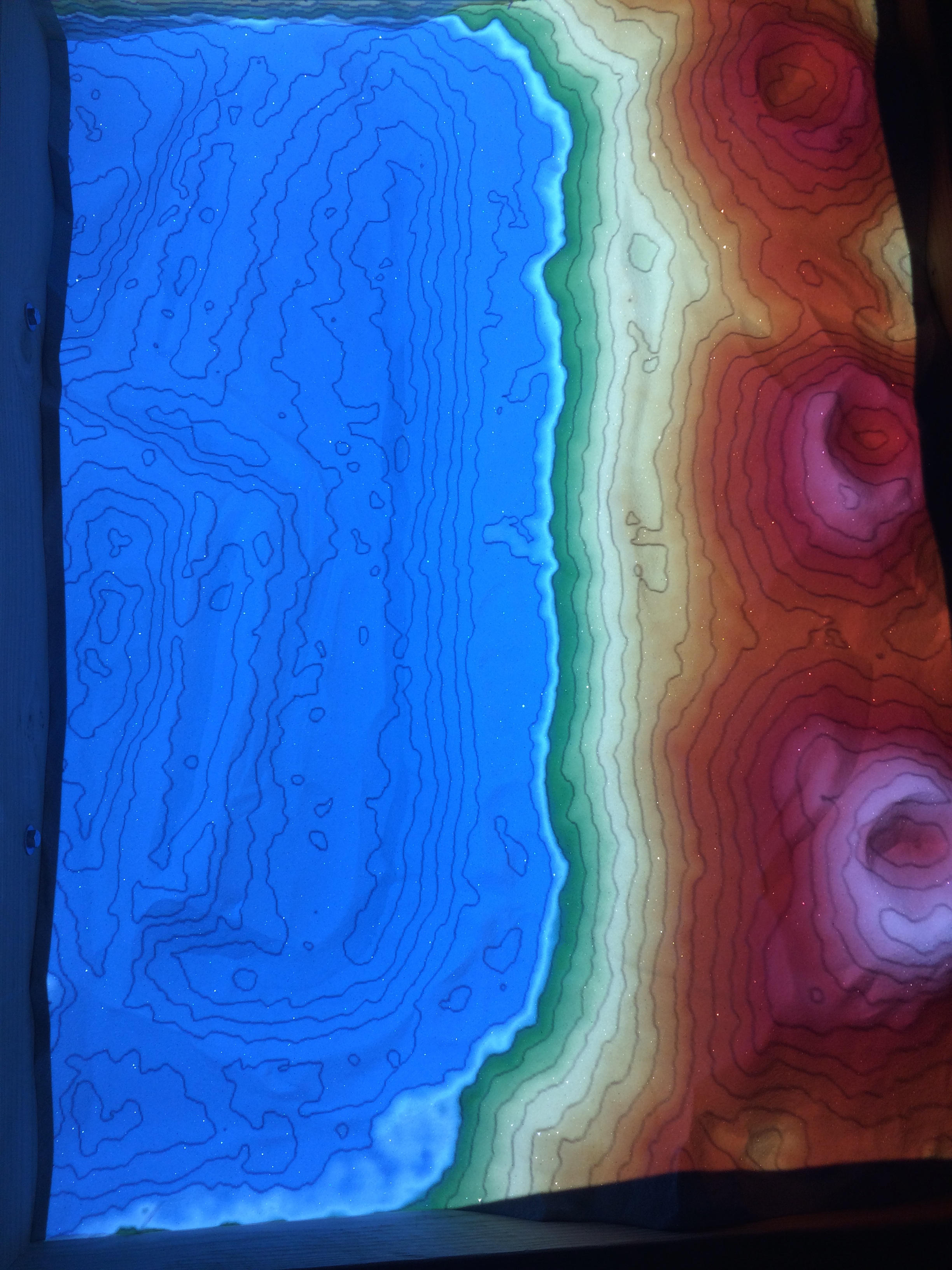 "Everyone who sees this system is immediately drawn into it and begins to craft features in the sand," says Wilkerson. "The neat thing is how quickly users start to ask thoughtful questions and then implement experiments to test their ideas.  I can see this being a game-changer in engaging students to better understand topographic maps and to relate the land surface to various hydrologic processes."

The department plans to use the AR sandbox in their introductory and advanced classes to help students better understand various geographic, geologic, and hydrologic concepts (e.g., interpreting contours and visualizing the landforms they represent; understanding runoff, watersheds, and drainage divides; investigating the impacts of dams and levees; etc.).  In addition, Dr. Wilkerson plans on conducting outreach in the surrounding schools to use the system to help teach students about maps and landforms (e.g, the Juan de Fuca subduction zone-above, post-1980 Mt. St. Helens volcano-below).

Support for this project was provided by Faculty Development and the Department of Geosciences. 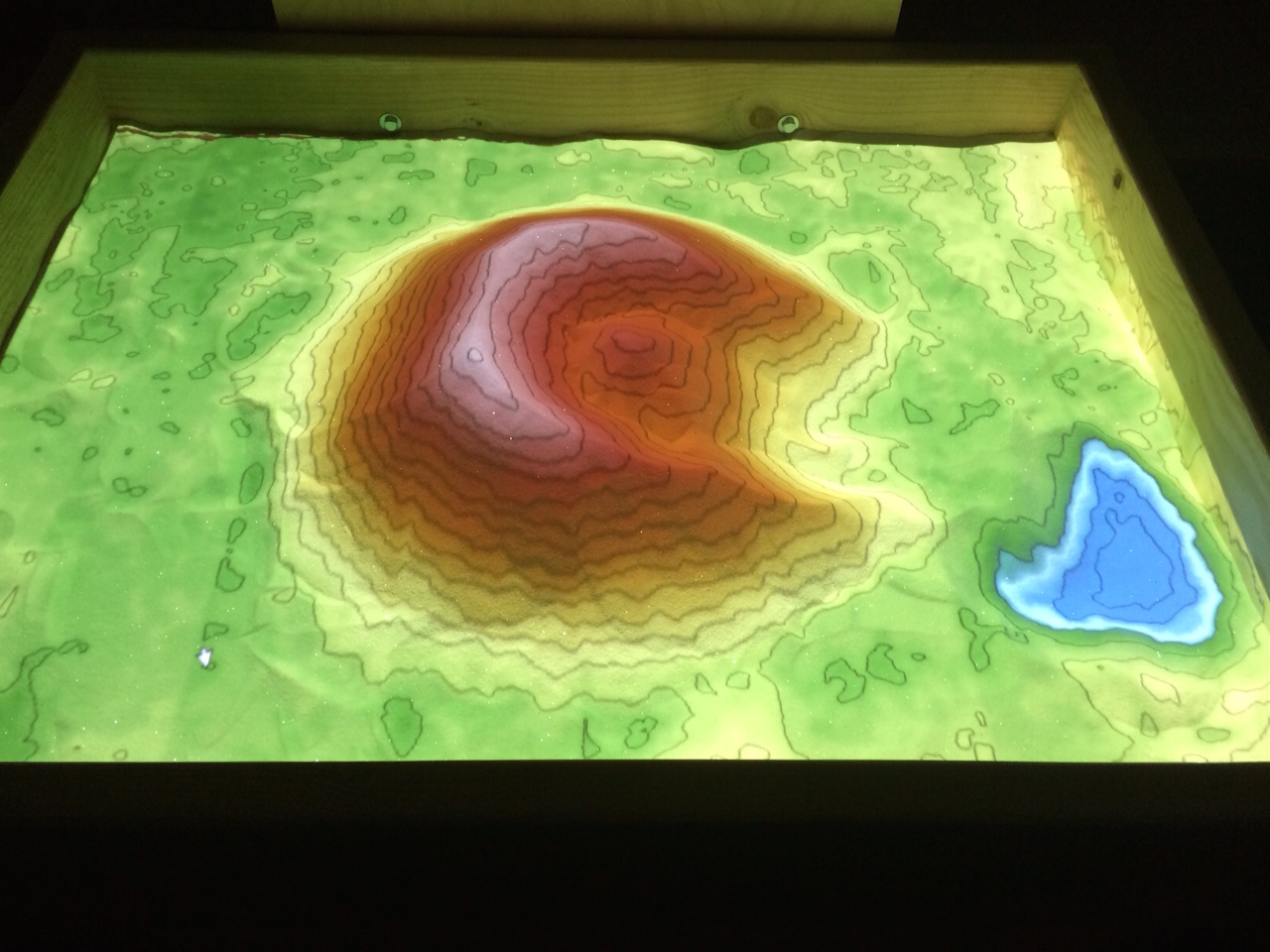