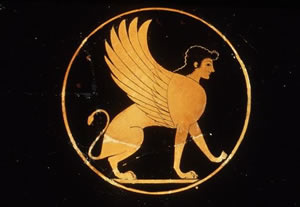 When we look into depictions of gender and sexuality in the Ancient Greek world, much seems strange to us. Still, much is also familiar, even foundational to how we think about gender and sexuality today. In law, education, and cultural life, we appeal to ancient models even as we rework them; and much important twentieth-century European and American literature was closely entwined with understanding, translating, rewriting the legacy of Ancient Greece.

This course will  take a seminar/ discussion approach to exploring some connections and (disconnections) in the social construction of gender then and now. We’ll read many primary ancient literary texts, including drama (Euripides and Sophocles), poetry (Sappho and others), and a little philosophy, along with some historical and critical readings to put them in context; then some twentieth-century writers who draw on ancient inspirations for new gender stories. Guest lectures will help us understand some of the visual and archaeological evidence as well. All readings will be in English, though those who know Greek are encouraged to read along in the original; the course may be counted toward a women’s studies major or minor as well as within the English department or Classical Studies.