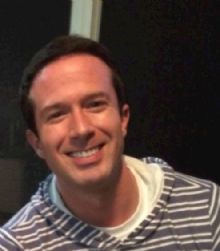 CJ's main area of research is sexuality and gender in 19th and 21st century French and Francophone studies.  He is also pursuing research in broader areas of study including gender studies, LGBTQ studies, feminisms, queer linguistics, the intersections of literature, culture and sexuality, transgender studies and literature.  His current book project entitled (Don't) Call Me Queer: Nomenclature, Anxiety, and Identity in Contemporary France examines the links between denomination, anxiety, and identity in the contemporary francophone world. He is particularly interested in exploring how processes of naming operate in reference to social/cultural/political/linguistic anxieties and what this might tell us about social/cultural/political/linguistic processes of identification and disidentification for queer and non-queer identities.  At the moment there are three envisioned chapters: one on the term transpédégouine (transfagdyke) as a replacement for/supplement to queer in France; one on decolonial feminism and the politics of Houria Bouteldja; and one on transfeminism in France and specifically the works of Paul Preciado and Sam Bourcier.