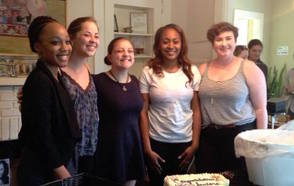 Here they are just after presenting their senior theses at the Women's Center. Left to right, they (and their topics) are: 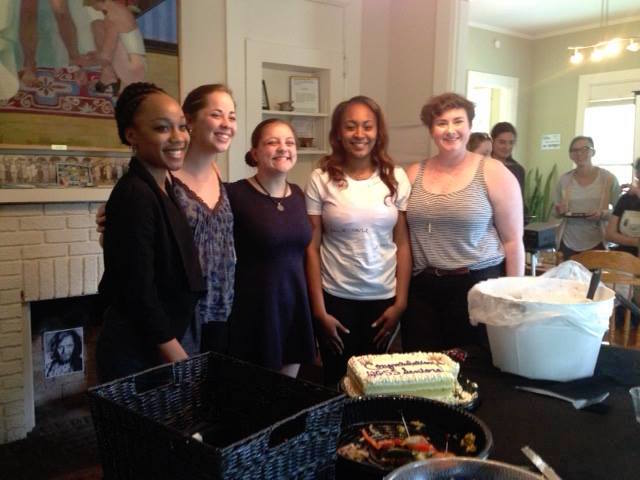 It was a fascinating and varied afternoon to cap off a great year. Others who participated in the WGSS senior thesis workshop (2015-16) include Megan Bailey, who was working on an honors thesis, "No War, No Peace: Women’s Experiences in the Democratic Republic of Congo"; Theresa Carper, whose senior thesis is a comedy called "A (Wo)man’s Work" (it's about young women in the tech industry); Education major Malcolm Steele, "How do Students Construct ‘Use Value’ at a Midwestern Liberal Arts Institution?" and photographer Vicky Lu Bai, whose conceptual/visual art project was titled, "Fake Photoshop Commercial."