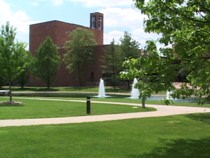 April 5, 2004, Greencastle, Ind. - Students in the DePauw University School of Music brought home six first place awards, three second place citations, and an honorable mention at the National Association of Teachers of Singing's (NATS) Indiana Statewide Competition, which took place over the weekend at Anderson University. NATS is a nonprofit organization dedicated to encouraging the highest standards of singing through excellence in teaching and the promotion of vocal education and research. With over 5,000 members in the United States, Canada, and more than 25 other countries, it is the largest association of teachers of singing in the world. 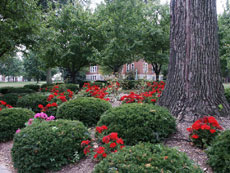 won the East Central Division competition, and was competing against the winners of five other divisions throughout the United States.

Junior performance major Amy Hayes was awarded 2nd Place in the student division of The Orpheus National Music Competition for Vocalists, held in Tennessee. Hayes, a soprano and student of Professor Caroline Smith, advanced through three preliminary rounds before being chosen to compete against both graduate and undergraduate students from music schools throughout the country for this coveted award.