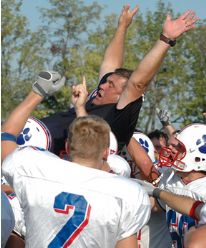 Access the column, which also notes DePauw's 33-9 victory over the University of Chicago, at the newspaper's Web site.  Read more about Wayne Perry in this previous story.