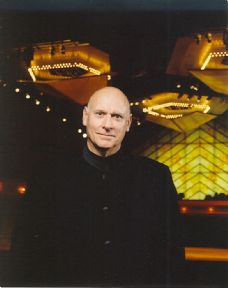 March 30, 2006, Greencastle, Ind. - The DePauw University School of Music will host esteemed conductor Eugene Migliaro Corporon for a special three-day residency focusing on conducting and wind literature. Free and open to the public, participants are encouraged to register for these events using the residency’s Web site, accessible by clicking here.

On Thursday, April 6, the residency opens with a 1 p.m. convocation in Thompson Recital Hall entitled “Living Expressively Among the Symbols.” Over the course of the subsequent days, Corporon will participate with DePauw students and professors in various classes, coachings and rehearsals. 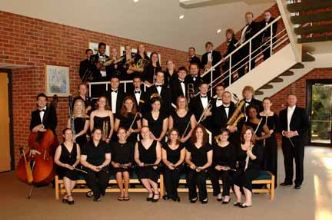 Conductor of the Wind Symphony and Regents Professor of Music at the University of North Texas, Eugene Migliaro Corporon has presided over 400 ensemble recordings during his distinguished career. In great demand as a guest conductor and clinician, his skill and love of music has allowed him to travel the globe. Corporon is also a past president of the College Band Directors National Association and has been honored by the American Bandmasters Association and by Phi Beta Mu with invitations to membership.