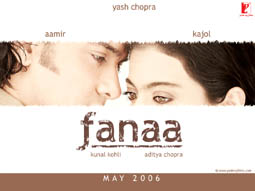 May 31, 2006, Greencastle, Ind. - The new motion picture Fanaa, which was written by 1990 DePauw University graduate Shibani Bathija, "is likely to be the biggest mainstream Indian import in years," notes a three (out of a possible four) star review in today's edition of New York's Newsday. "The plot makes a hairpin turn mid-film that would, under almost any other circumstances, be laughed off the screen," writes John Anderson. "But given the epic improbabilities that have already occurred, it seems perfectly plausible, even predictable, that what was previously one movie would suddenly become another."

The critic concludes that "Fanaa is equal parts MGM extravaganza, Shakespeare Lite and James Bond. In their heart of hearts, isn't that 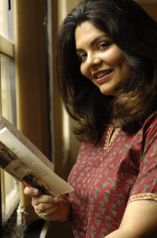 Read the complete review at the newspaper's Web site.

Reuters reports that Fanaa, which translates to "Destroyed in Love," was the #5 film in the U.K. last weekend, behind Mission Impossible III and ahead of Curious George. In North America, playing on only 72 screens, it ranked #13. Meanwhile, the film has been banned in the Indian state of Gujarat. Read about the controversy here.