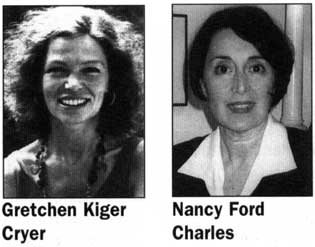 August 23, 2006, Greencastle, Ind. - "Gretchen Cryer (book and lyrics) and Nancy Ford (music), the team behind I'm Getting My Act Together and Taking it On the Road," have penned Anne of Green Gables, "a new musical based on Lucy Maud Montgomery's classic novel," reports Playbill. Anne of Green Gables is set to premiere in New York next March, wrapping up the 2006-07 45th annniversary season of Theatreworks/USA. Cryer and Ford are both 1957 graduates of DePauw University.

Theatreworks/USA is a not-for-profit professional theatre for family audiences. Performances are staged at the Lucille Lortel Theatre, located at 121 Christopher Street.