With "Blue-Chip Academics" and Opportunities for Leadership, DePauw is Rated a 'Best Buy' in New Barron's Guide 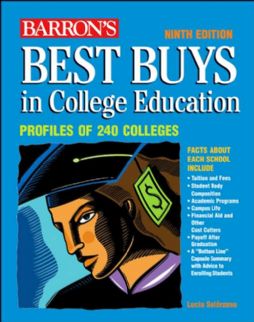 October 24, 2006, Greencastle, Ind. - "DePauw is a midwestern match for many more expensive, small, private East Coast Colleges," asserts Barron's Best Buys in College Education. The new book lists DePauw as one of 247 American colleges and universities that provide "a first-rate education at an affordable price." Lucia Solórzano writes, "There are plenty of academic, athletic, and social opportunities for student involvement and leadership but those who don't come with good time-management skills must either acquire them or miss out on a lot of what DePauw has to offer."

The three-page profile of the University begins, "DePauw is a school where students do their best to 'do it all.' About three-fourths are involved in fraternities and sororities, two-thirds participate in intramural sports, and many of the same go-getters help organize the Little 5 bicycle race while serving a shift at the campus radio station 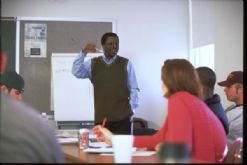 and holding down positions in student government. Three-quarters of all students study off campus for a winter term, semester, or year," and significant numbers also volunteer for community service work, the text adds. "Students admit there is pressure to get involved, balancing blue-chip academics with extracurricular commitments, but so effective has been the 'do it all' approach that in a recent study Franklin & Marshall found DePauw to be eighth in the nation among private liberal arts colleges turning out top corporate leaders. Likewise, Fortune magazine ranked DePauw 11th among all colleges and universities based on the likelihood that DePauw graduates will become CEOs of American companies." 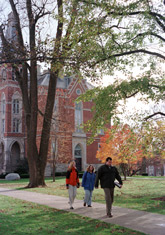 "replete with all the ivy-trimmed, brick buildings traditional-minded scholars dream about."

Of academics at the University, Solórzano reports, "Economics, in particular, boasts an incredible faculty, tough but dedicated to learning, who are supported by an impressive array of guest lecturers brought in by the University. Political science is equally well known for being intensely difficult but rewarding for those who make it, with plenty of opportunities for internships. Biology and chemistry are rigorous... the English literature major exposes students to a wide breadth of writers, while the writing major requires of its students all different kinds of original writing; history offers a similar variety of perspectives, from military to social to legal approaches."

The text continues, "Another high note is the School of Music, which boasts many fine faculty members who work one-on-one with students... Communication majors rave about the Center for Contemporary Media, with facilities for print and radio and television production that they

claim are better than those of commercial TV studios in Indianapolis. Computer science, says a major, is simply 'wonderful.'"

Learn more about Barron's Best Buys in College Education, and order the book, at Amazon.com and Barnes & Noble.com.

A number of other national publications and surveys have also given DePauw's academic programs and campus environment high marks. The 2007 edition of U.S. News & World Report's "America's Best Colleges" ranks DePauw University in the top tier of national liberal arts colleges for a seventh consecutive year. DePauw is again among the The Best 361 Colleges in the new, 2007 guide, and historic East College is pictured on the cover of America's Best Value Colleges: 2007 Edition, which lists DePauw as one of 150 colleges offering excellent academics, generous financial aid packages and relatively low costs. 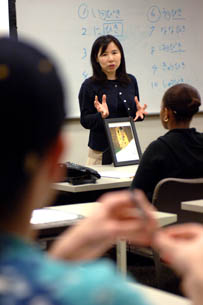 The College Prowler guide states, "DePauw is definitely home to the quintessential college experience." The University is among the "50 Best Colleges" featured in the October 2006 issue of CosmoGirl magazine. The Advocate College Guide for LGBT Students ranks DePauw among America's best 100 campuses for lesbian, gay, bisexual and transgender students.

Additionally, the National Survey of Student Engagement finds that students at DePauw University enjoy significantly more academic challenges, interactions with faculty, collaborations with others and enriching educational experiences than students at peer institutions and the national average at all colleges and universities. DePauw is also among the "Top 50 Most Unwired College Campuses," a survey of all institutions of higher learning -- big and small -- sponsored by Intel Corporation. DePauw is ranked #30 -- the highest of any liberal arts college in America -- in the report.