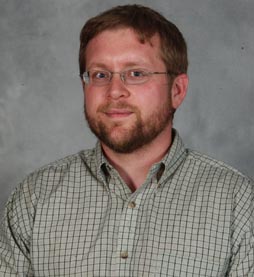 February 4, 2007, Greencastle, Ind. - Paul Cummings, an environmental scientist with the U.S. Department of Agriculture and 2002 graduate of DePauw University, "told an annual gathering of members of the Greene County Soil and Water Conservation District at Switz City on Monday night that new biomass renewable fuels may provide cost effective ways for local farmers to produce their own electricity through on-site digesters that use livestock waste as an energy source," reports the Daily Citizen of Linton, Indiana.

The story notes Cummings' DePauw degree, and quotes him as saying, "Agriculture in the past has been about food, feed and fiber. That's how we eat, that's how we grow our crops to feed our animals and livestock to eat and fiber for clothing. Now we are starting to think energy. The Department of Agriculture is dedicated to energy development in Indiana."

Cummings, a Rector Scholar who majored in sociology at DePauw, told the group that approval has been granted to 12 ethanol-producing facilities in the state, and discussed how energy could be created from manure, factory oils and greases, among other things.

Nick Schneider writes, "Cummings presented some calculations that showed that on-the-farm digesters are not some wave of the future. The technology is there today. He said to produce 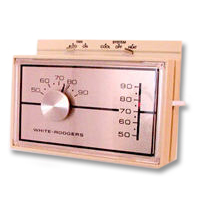 enough energy to heat a home for a year using livestock waste as a fuel source would require five dairy cows and 75 pigs. 'You are talking some huge energy there with not a large number of animals,' he stated. 'We'd love to see this on farms.'"