Sophomore is Finalist in National 'Most Promising Campus CEO' Contest 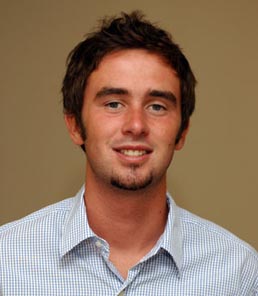 February 15, 2007, Greencastle, Ind. - DePauw University sophomore Matt D. Newill is one of nine finalists in the national "Most Promising Campus CEO" contest. The winner, to be announced February 27, will receive $22,000 and a one-on-one consultation with Randal Pinkett, author of Campus CEO: The Student Entrepreneur's Guide to Launching a Multimillion Dollar Business and winner of the fourth season of NBC's hit reality show, The Apprentice.

In August 2006, Newill, who hails from Noblesville, Indiana, launched his own business: First Class Laundry. His company contracts with DePauw students to "pick up their dirty clothes at their dorm room, wash, dry, and fold the clothes, then return them back to the students within 48 hours," reads a description of the business. "We are unique in that we are entirely compliant to every request of the individual customer, reinforcing our incredibly flexible and convenient service. We offer Internet, phone, email, and direct personal contact to further service each customer." 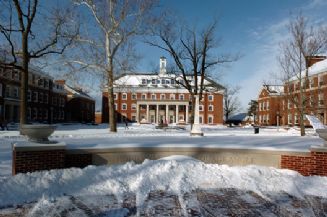 Newill tells the Banner-Graphic of Greencastle that became aware of the contest when a friend e-mailed him. The sophomore began exploring what it would take to operate a successful laundry business and read online about "other successful entrepreneurs who have implemented the successful endeavor at other campuses," he explains. "It has been a proven success on other campuses, and I believed that it could work here at DePauw."

At the contest's Web site, Newill states his qualifications for the award. "I possess the ability to look beyond the daily trials of the business, and see the broader, brighter plan for success," he writes. "A vital asset of successful CEOs is the ability to communicate with his/her coworkers. I can communicate with anyone from a CFO to an entry level employee. In the past I have been a White House 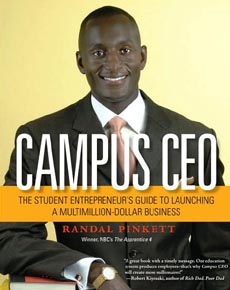 Randal Pinkett will announce the winner of the contest during a live webcast. "It's exciting to see so many talented young people striving to build businesses and I'm thrilled to be able to bring attention to such a motivated group of entrepreneurs," he says. "The idea of becoming a student entrepreneur used to be radical, but today, it's a practical, appealing avenue for many students."