June 6, 2007, Greencastle, Ind. - "We've begun to develop tools in order to leverage the usability and functionality of Google Earth to our advantage," says Pedar W. Foss, associate professor of classical studies at DePauw, of the University's Mediterranean Archaeology Geographic Information System (MAGIS) project. MAGIS is a digital repository of data about archaeological surveys carried out in and around the Mediterranean region (including Europe, North Africa and Middle East). Dr. Foss discussed the project in an interview with Andrea Vianello from Intute at Oxford University.

MAGIS, created and funded through a grant from the Andrew W. Mellon Foundation, is co-directed by Foss (seen above) and Rebecca K. Schindler (pictured below right), associate professor of classical studies at DePauw. M. Beth Wilkerson, director of the GIS Center at DePauw, programmed the Web site. Its "simple interface allows the visualisation of surveyed regions (the precision of the surveyed area varies depending on the available information) through maps," notes Intute. "It is possible

to access some basic data about the surveys, including contact details, publications and Web sites if available."

Foss says,"[MAGIS'] purpose is to try and keep track of what regional survey work has been done in the Mediterranean area since surveying began 30-40 years ago." The professor notes that one of the problems he and his colleagues deal with is, "We don't have a handle, as a discipline, on how much work has been done, where it's been done, what periods have been investigated, who the investigators were, where they've published their results." As a result, he says, "If anybody wants to go and take data from different projects and start to compare them in a meaningful way to try to determine, longer-term or broader scale, questions about the past, it's very difficult to collect the information you need to do your analysis." 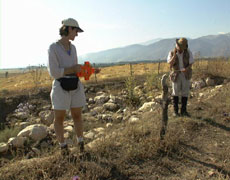 MAGIS provides a way for researchers to check what work has been done in the past, "and to give them pointers to that work," Dr. Foss asserts.

In the lengthy interview, the DePauw professor discusses the benefits of online tools such as Google Earth and NASA World Wind. "In the first stages, as it is with any geographic presentation resource, it's a matter of allowing us as researchers, with an informed eye, to see better what's going on." Geographic information systems (GIS) are "tremendous tools" that allow Foss and his colleagues "to really see our research areas as a whole from a perspective that we hadn't been able to see before. By compiling all of that satellite imagery, we were able to visualize those landscapes and overlap on those landscapes information that we've been collecting," Foss says. 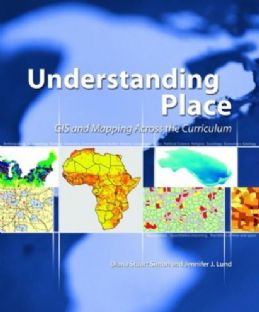 GIS sites, the professor adds, "may not be at the point where they are answering questions that we may have. I think what they might be doing is allowing us to ask better questions; to help us to think of things that we hadn't thought of before and explore them."

He adds, "A lot of scholars in many fields -- not just archaeology -- are trying to find ways to use the spatial imagery that's present in Google Earth to help inform people about trends and patterns."

Hear a podcast of the complete interview by clicking here and visit MAGIS' site here.

Pedar Foss and Rebecca Schindler, who spent the 2006-07 academic year on sabbatical in the department of archaeological sciences at the University of Bradford (UK), recently contributed a chapter to the new book, Understanding Place: GIS and Mapping Across the Curriculum. Read more in this previous story.