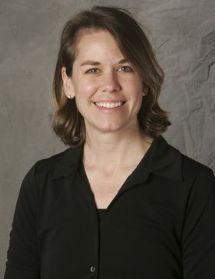 July 27, 2007, Greencastle, Ind. - "It's not exactly what she envisioned doing when she graduated from DePauw University in Greencastle in 1992 with a degree in religion and philosophy," notes an article on Jill Frederickson, coordinating producer of all of ESPN's motor sports coverage. Frederickson is in Indianapolis this weekend to oversee her network's telecast of the Allstate 400. The race will mark ESPN's first NASCAR event since losing the contract with the circuit seven years ago.

"We said all along we wanted to get NASCAR back," says Frederickson, who was a Rector Scholar at DePauw. "I think they're appreciative that we're back and I know we're happy to be back in the game."

In her job, Frederickson "consults on what story lines are going to be highlighted and then makes sure the 250 workers and 75 high-definition cameras on site are coordinated to ensure those stories are told correctly," reports Steve Ballard. His article notes that Frederickson "won a sports Emmy in 1996 for her work on the Summer Olympics for NBC ... [She] was elevated to her current

position in 2003 and has been coordinating producer of all of ESPN/ABC's racing coverage since, including the Indianapolis 500."

Read the complete story (the print edition includes a color photo of Jill Frederickson on the job) at the Star's Web site.