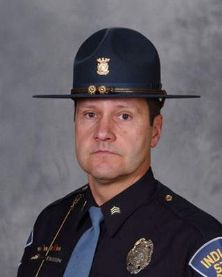 June 17, 2008, Greencastle, Ind. - Indiana State Police First Sergeant Clinton H. Bundy, a 1980 graduate of DePauw University, has been promoted to the rank of Lieutenant and will serve as the district commander of the State Police post at Pendleton.

In his new assignment, Lt. Bundy will oversee the operation of a post that covers Madison, Hamilton, and Hancock counties. He is a 22-year veteran of the State Police.

Learn more at the Web site of the Indianapolis Star.