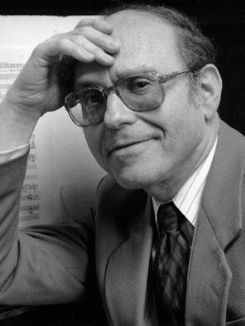 February 20, 2009, Greencastle, Ind. — Award-winning composer Samuel Adler, who is considered one of the most influential composition teachers of the twentieth century, will visit the DePauw University campus next week as guest composer for this years "Music of the 21st Century." Adler's residency will begin on Wednesday, February 25, and continue through Sunday, March 1, with all events taking place in the Judson and Joyce Green Center for the Performing Arts. "Music of the 21st Century" will include master classes, coachings, two concerts with DePauw students and faculty, and a convocation -- all of which are free and open to the public.

"Samuel Adler is equally distinguished as a composer and as a teacher," says Amy Lynn Barber, the initiator and artistic director of "Music of the 21st Century." "I know he will work wonderfully with our students. This opportunity to work directly with the composer will really help to bring his music alive for the performers. It is so important to have this insight into the actual creation of the music we perform."

Each year, the DePauw University School of Music features an outstanding composer in a residency, providing students and faculty members a special opportunity for personal interaction with these composers, and to study, perform, and share with its audiences the music of our time. Past 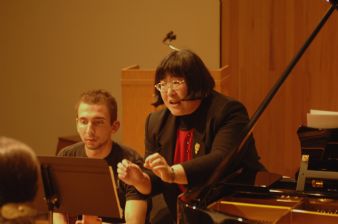 guest composers have included Chen Yi (pictured at right), George Crumb, Jake Heggie, Augusta Read Thomas, and Tania Leon. The 2009 edition of "Music of the 21st Century" is supported by a gift from Robert and Margaret Schmidt, both members of DePauw's Class of 1969.

Samuel Hans Adler was born in 1928 in Mannheim, Germany, the son of a cantor and composer. In 1939, the family fled to the United States, where Samuel earned degrees from Boston University and Harvard University, where he studied with Aaron Copland, Paul Hindemith, Paul Pisk, Walter Piston, and Randall Thompson. From 1966-74, he was on the faculty of the Eastman School of Music, where he influenced generations of young composers. He is currently on the faculty of the Juilliard School in New York. He has conducted many major symphony orchestras in the U.S. and abroad, and is a regular guest at music festivals and courses throughout the world.

Adler has been a prolific composer, with a list of over 400 compositions in all musical genres, and an impressive list of prizes, awards, and commissions. He has won grants from the Rockefeller and Ford Foundations, as well as a Guggenheim Fellowship and five MacDowell Fellowships. He has been elected to the American Academy of Arts and Letters, the German Akademie der Künste, and the Chilean Academy of Fine Arts, and in 2003, 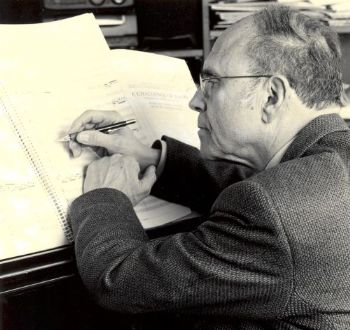 on the occasion of his 75th birthday, received the Aaron Copland Award from ASCAP (the American Society of Composers, Authors and Publishers) for lifetime achievement in composition and teaching.

Highlights of Adler's visit will be a faculty and student chamber music concert on Thursday, February 26 at 7:30 p.m. in Thompson Recital Hall; and a convocation, " A Conversation with Samuel Adler," on Friday, February 27 at 11:30 a.m. in Thompson Recital Hall. The residency will conclude with a concert on Sunday, March 1, at 3 p.m. in Kresge Auditorium featuring the DePauw Symphony Orchestra, DePauw University Band, DePauw Chamber Singers, and DePauw Women's Choir.

For more information on "Music of the 21st Century" -- including a complete schedule of events -- click here, or contact Professor Barber via e-mail.