Wikipedia Founder & Author of The Shallows to Debate What Technology is Doing to Our Lives, March 30 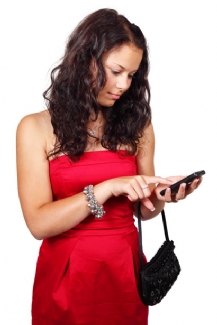 February 28, 2011, Greencastle, Ind. — Technology is everywhere.  Devices have changed the way we communicate, work, find and process information, and entertain ourselves.  But at what cost?  Does the ubiquity of devices and data make our lives better?  Those questions and others will be examined on Wednesday, March 30, in a debate between Nicholas Carr, author of The Shallows: What the Internet is Doing to Our Brains, and Jimmy Wales, founder of the world's fifth most popular website, Wikipedia.  Presented by the Timothy and Sharon Ubben Lecture Series, the program -- "Wired... and Weary?" -- will begin at 7:30 p.m. in Kresge Auditorium, Green Center for the Performing Arts (605 S. College Avenue).  As with all Ubben Lectures, the event is presented free of admission charge and the public is invited. (top photo: Petr Kratochvil)

The Ubben Lecture will serve as the capstone of a day-long, student-led initiative in which the campus will be encouraged to spend the day of March 30 without using the Internet, mobile devices, or other tools that connect people in electronic ways which do not require vocal communication or face-to-face human interaction.  Seniors 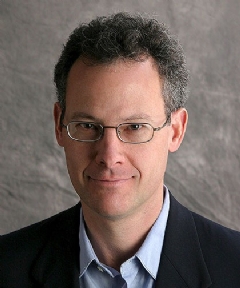 Christine Walker (student body president) and David Dietz (executive vice president of DePauw student government) came up with the idea of a "tech-free day"; Ken Owen '82, executive director of media relations and coordinator of the Ubben Lecture Series, created the program that will bring Carr and Wales together at the end of the day.

A former executive editor of the Harvard Business Review, Nicholas Carr (pictured at right) argues in The Shallows that the increasing barrage of information humans are receiving via the Internet is having a negative effect on our abilities to concentrate, contemplate and reflect. "The problem is that skimming is becoming our dominant mode of thought," he writes. "Once a means to an end, a way to identify information for further study, it's becoming an end in itself -- our preferred method of both learning and analysis."

An article in Australia's Sydney Morning Herald reports, "Carr argues that the Internet is actually rewiring our brains, changing our approach to reading, ideas and concentrated work even when we are away from the computer. 'Whether I'm online or not, my mind now expects to take in information the way the net distributes it: in a swiftly moving stream of particles. Once I was a scuba diver in the sea of words. Now I zip along the surface like a guy on a jet-ski,' 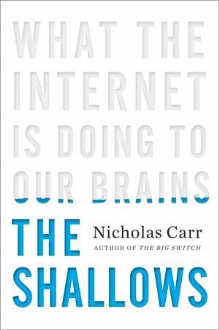 In The Shallows, Carr declares, "Dazzled by the Net's treasures, we are blind to the damage we may be doing to our intellectual lives and even our culture," and argues that "there needs to be time for efficient data collection and time for inefficient contemplation, time to operate the machine and time to sit idly in the garden." Carr asserts, "The computer screen bulldozes our doubts with its bounties and conveniences. It is so much our servant that it would seem churlish to notice that it is also our master."

Carr also authored 2004's Does IT Matter?: Information Technology and the Corrosion of Competitive Advantage and The Big Switch: Rewiring the World, From Edison to Google. He has served as a commentator on TV networks (see him on Comedy Central's Colbert Report) and has been named one of the "100 Most Influential People in IT." Carr holds a B.A. from Dartmouth College and an M.A., in English literature, from Harvard University.

Jimmy Donal Wales is the founder of Wikipedia, an international collaborative free content encyclopedia on the Internet, and the Wikimedia Foundation. He is also  co-founder of Wikia, a privately owned free web hosting service.

Ten years ago, Wales had a goal of making Wikipedia one of the top 50 or 100 websites in the world. Today Wikipedia is the globe's #5 most popular Internet destinations and Wales is one of the most sought after visionaries in business and technology.

The origins of Wikipedia trace back to March 2000, when Wales started Nupedia ("the free encyclopedia"), which was characterized by an extensive peer-review process designed to make its articles of a quality comparable to that of professional encyclopedias. With the addition of wikis (a collection of web pages designed to enable anyone who accesses it to contribute or modify content), the project was dubbed "Wikipedia." In a 2004 interview Wales stated, "Imagine a world in which every single person on the planet is given free access to the sum of all human knowledge. That's what we're doing." The success of the project has helped popularize a trend in web development (called Web 2.0) that aims to facilitate creativity, collaboration, and sharing among users.

At the World Economic Forum in 2007, Wales was recognized as one of the world's top 250 young leaders for his professional accomplishments, his commitment to society, and his potential to contribute to shaping the future of the world. In May 2008, he co-chaired the annual World Economic Forum on the Middle East, the foremost global gathering of political, business and cultural leaders. 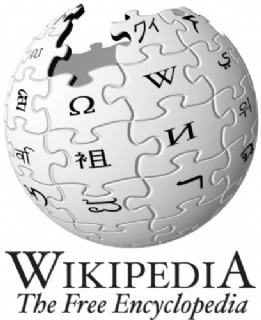 In 2003, Mr. Wales founded the Wikimedia Foundation, a nonprofit charitable organization dedicated to encouraging the growth, development and distribution of free, multilingual content, and to providing the full content of these wiki-based projects to the public free of charge. (See Jimmy Wales on The Colbert Report)

Wales was ranked #12 on Forbes' "Web Celeb 25" list. Wikipedia "has led to what may prove to be the most powerful industrial model of the 21st century: peer production," noted TIME when it named him one of 2006's 100 most influential people. "Wikipedia is proof that it works, and Jimmy Wales is its prophet."

As recently announced, veteran statesman and 1952 DePauw graduate Lee Hamilton will speak March 15 on "The U.S. Role in the World After Afghanistan and Iraq." Earlier in this academic year, the Ubben Series welcomed Oscar Arias, former president of Costa Rica and winner of the Nobel Peace Prize, on December 8, 2010. Rebecca Skloot, author of the bestseller The Immortal Life of Henrietta Lacks, was on campus September 9 as an Ubben Lecturer.

The March 30 event will mark the second-ever Ubben Debate.  The first, held September 11, 2009, brought Howard Dean and Karl Rove to the DePauw campus for a lively exchange which was witnessed by a capacity crowd. (photo, l-r: 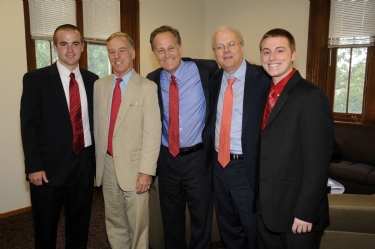