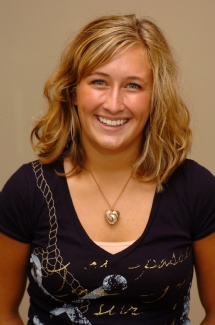 This summer, Jonason will travel to Slovakia, where she will help other teachers as a conversational English assistant.

"I haven’t studied English for quite a few years, so I’m hoping I can spend the summer preparing myself to teach," she says, "but making conversation is something I know I can do."

Having spent a semester abroad in Switzerland, Jonason says she had a desire to return to Europe and have a hand in making a positive difference for the country and its people.

"Slovakia is a relatively new country trying to form an identity," according to Jonason. "It became its own state after the breakup of Czechoslovakia in the 1990s. It was a peaceful 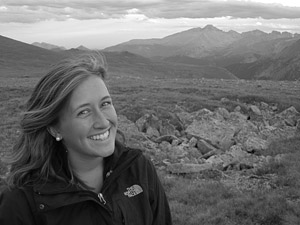 separation called the ‘Velvet Divorce.’ I’m a conflict studies major, so it’s an interesting place as a post-transformation country."

"And Slovakia has really great outdoors resources," adds Jonason, a conflict studies major and economics minor. "I’ve heard from other Fulbright recipients how beautiful it is, and that people always want to take you to the mountains."