Diane Bredehoft '85 is First VP at Bank of New Canaan 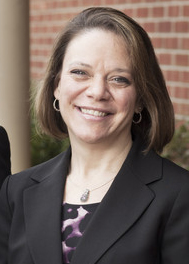 Diane Bredehoft, a 1985 graduate of DePauw University, has been promoted to first vice president of the Bank of New Canaan, reports the Greenwich Time. She had been serving as a commercial lending officer.

"Bredehoft joined the Bank of New Canaan in 2008, and she is responsible for developing new lending relationships, managing existing customers and underwriting for new and existing real estate and C&I loans," notes the newspaper. "Previously, Bredehoft was vice president of risk management at Wachovia Bank in New Haven. Prior to that, she was in corporate banking at Hypovereinsbank and BankBoston, N.A. A graduate of DePauw University, Bredehoft received her M.B.A. in finance from the University of Connecticut."