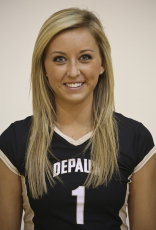 During the tournament McGrath had 73 digs, five service aces, and two set assists in 10 total sets played.  She led the Tigers to a 3-0 victory against Heidelberg followed by a 3-0 triumph over Thomas More and a 3-1 win over Mt. St. Joseph.  For her efforts she was named to the all-tournament team.

McGrath’s strong play has helped the Tigers improve to 5-1 on the season, their best start since 2009.

The Tigers return to action Friday, September 13, when they take on Marietta at 6 pm followed by a matchup against Olivet at 8pm.  Both games will be at Neal Fieldhouse.