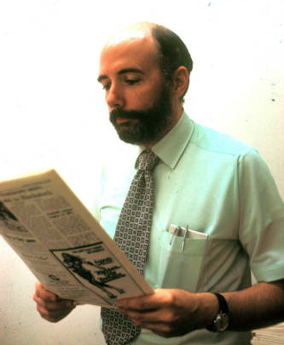 Joseph W. Corbett, assistant professor of mathematics at DePauw University from 1968 to 1980, died Saturday, August 16, in Champaign, Illinois.  He was 80 years old.

Born on November 1, 1933, in Danville, Illinois, Corbett received his doctorate in mathematics at the University of Illinois. "As a student he was a member of the ROTC and after graduation he served in the U.S. Army in West Germany. Because he was fluent in German, he was recruited to spy on the East German and Soviet military, monitoring troop movements," notes his obituary.

His duties at DePauw included oversight of the University's McKim Observatory. In 1971 he authored an article on the observatory, which was published in DePauw's alumni magazine, writing, "The observatory is interesting, not only historically, for which reason alone 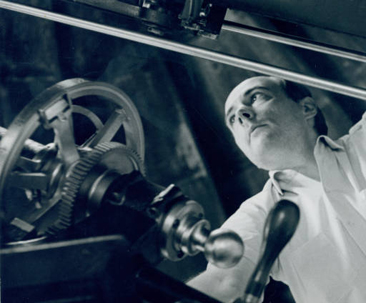 it would be worthwhile probably to restore and maintain it, but it is also a valuable tool for teaching and research in astronomy." The text is accessible here. (at left: Prof. Corbett at work in the observatory.

Visitation will be at 10 a.m. Wednesday at Three Hierarchs Greek Orthodox Church in Champaign. The service will follow at 11 a.m. with burial in Roselawn Cemetery.