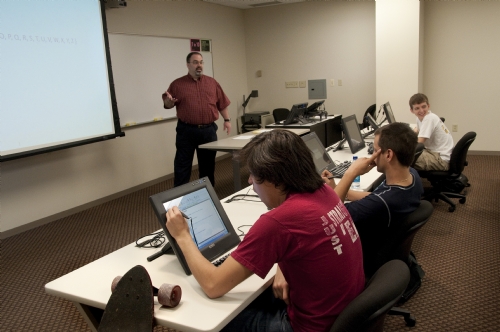 The computer science department at DePauw University is uncommonly successful at producing students who go on to receive doctoral degrees, according to a report by the Council of Independent Colleges (CIC).

The report adds, "Many small and mid-sized independent colleges proved to be more efficient in producing future computer scientists than public research universities. For example, graduates in computer science from DePauw University were twice as likely (4 percent vs. 2 percent) to complete a Ph.D. degree than graduates of the in-state flagship university, Indiana University, even though it enrolled more than 12 times as many undergraduate students as the small private liberal arts college (30,319 vs. 2,365)." 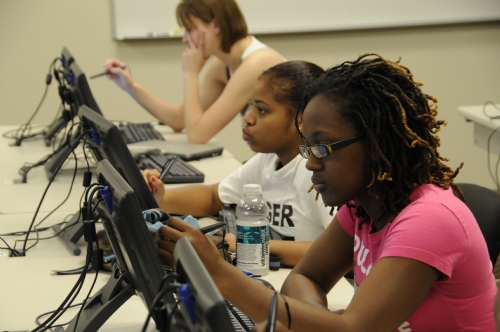 "This report confirms what we already knew -- our graduates are well prepared for whatever endeavors they pursue after graduation," observes Douglas Harms, professor of computer science at DePauw and chair of the department. "Liberal arts colleges like DePauw are critical in the production of high quality graduates in computer science and other STEM disciplines."

The full report is available by clicking here.

CIC is the major national service organization for all small and mid-sized, independent, liberal arts colleges and universities in the U.S.  Learn more here.