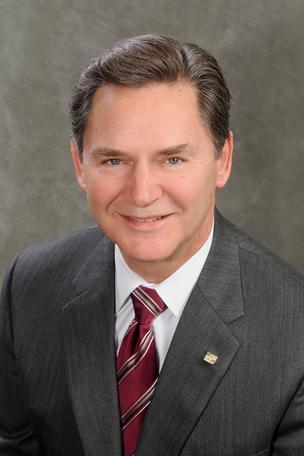 "I’d like to thank Jim Weddle and the associates of Edward Jones for ensuring that helping people is always a major part of their business," said Scott Schnuck, chair of the United Way of St. Louis' 2014 campaign.  The company led by Weddle, managing partner of Edward Jones and 1975 graduate of DePauw University, contributed more than $5 million to the charity drive.

"The associates of Edward Jones have once again demonstrated their commitment to our community and supporting the great work United Way does to positively change the trajectory of so many lives in our region," added Schnuck. "The leadership and generosity of the Edward Jones associates is a shining example of why St. Louis is one of the most generous communities around."

The story in the St. Louis American notes that Weddle served as chair of the United Way campaign in 2010.

James D. Weddle majored in psychology with a minor in economics as an undergraduate at DePauw, and went on to earn an M.B.A. from Washington University in 1977.