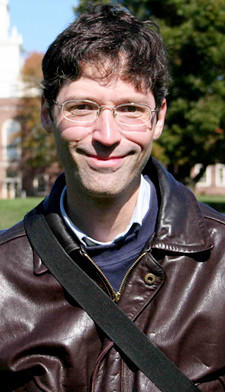 "Indiana residents will have an opportunity to view a partial solar eclipse on Thursday, Oct. 23, but clarity of the eclipse will depend upon weather conditions," begins a story in Greencastle's Banner-Graphic. "The partial eclipse will begin at 5:43 p.m. Thursday -- about an hour before sunset, according to Alexander Komives, professor and chairman of the physics and astronomy department at DePauw University. The sun will set before the eclipse is completed."

The newspaper adds, "Komives says the eclipse will be visible throughout most of the United States with greater portions of the sun being covered and more of the eclipse being visible before the sun sets to the west and north of Indiana. There will not be a total eclipse viewable anywhere."