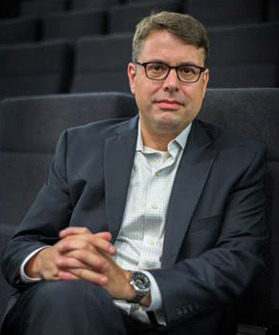 Stanford K. "Stan" McCoy, a 1993 graduate of DePauw University, has been named president of the Motion Picture Association of America's European/Middle East, Africa (EMEA) region.  McCoy had been serving as senior vice president and regional policy director for EMEA. He is the former assistant U.S. trade representative for intellectual property and innovation.

"In the EU, we are in the midst of sustained efforts to review the copyright protection that has been the cornerstone of the growth of film, television and other creative industries," noted MPAA chairman Chris Dodd. "Having someone with Stan's knowledge and expertise in intellectual property and innovation lead the Brussels team at such a crucial time will be critically important -- not just to our member studios, but to the seven million people who work in the creative sector throughout the EU."

Stan McCoy holds a law degree from the University of Virginia.