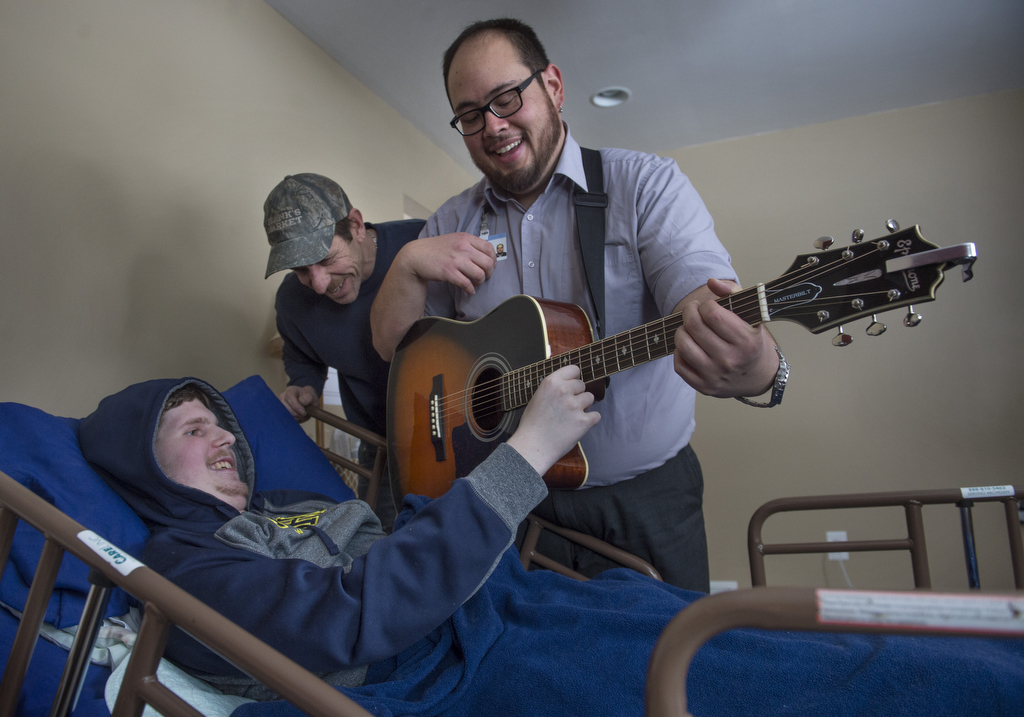 The impact Alika D. Seu, a music therapist at Spectrum Health in Grand Rapids, Michigan, and 2011 graduate of DePauw University, is having on a young patient is noted in an article.  It provides a glimpse into the interactions between Seu and Jake Rodgers, who suffered a traumatic brain injury in December 2014.

"Jake has therapy every weekday," Marie Havenga writes. "A medical transport van picks him up at 9:30 and brings him home by 3:30 p.m. And even though (his father) Jeff said his son 'will never be the same,' he sees glimpses of the old Jake. Like on a recent Wednesday afternoon when Spectrum Health music therapist Alika Seu, toting a guitar case, tambourine and harmonica, paid a visit to the Rodgers home as part of the home care program."

"Alika has known Jake from the beginning," the father notes. "I can remember Alika coming in when Jake had no movement and was minimally responsive to anything. He hadn’t really opened his eyes yet and was very out of it." The text details how Seu, playing Black Sabbath songs on an acoustic guitar, engages his patient.

"No one knows what the future holds for Jake," Havenga reports. "It could be a satisfying symphony. It could be a few riffs of dischord. But he’s trying. He’s striving. He can hear the music. He wants to someday make it his own again.

Seu, a music major at DePauw, earned a master's in music therapy from Western Michigan University. He says, "We’re still working on getting movement back in his hands. If he does get some of that back, it would be great to start working on guitar some day. He could get his grip strength going and improve coordination playing both sides of the guitar."