Kristie McIntyre '89 Back on DC's WRQX 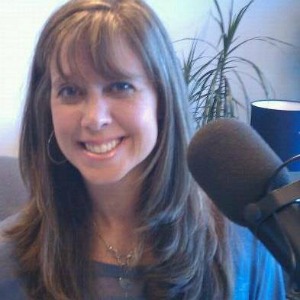 Kristie McIntyre, a 1989 DePauw University graduate known to friends at her alma mater as Kristie Weimar, has rejoined Washington, D.C.'s WRQX/Mix 107.3 as nighttime host.  She'd previously worked for the station from 2005-10 and comes to the post from Baltimore's WBAL-AM, where she was a news anchor and reporter.

Since graduating from DePauw, where she he studied classical/operatic voice, was a music business major, and was active on the student-operated radio station, WGRE-FM, McIntyre has built an impressive resume in broadcasting and as voiceover talent. She hosted the syndicated Top 40 show All Nite Cafe, and has also worked on-air at WPLJ in New York; WERQ/92Q in Baltimore; WFHN/Fun 107 in New Bedford/Providence, Rhode Island; and WZOU in Boston, among other stations.

At DePauw, she served as the student radio station's production director, program director and station manager and received the WGRE Award as the outstanding senior on the radio staff as well as the Turnell Award for excellence in broadcasting.