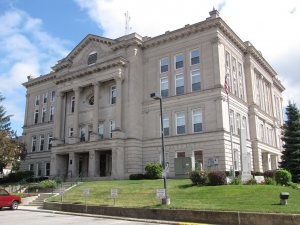 Over the last 40 years four individuals have served as Putnam County Prosecutor: Del Brewer, Bob Lowe, Matt Headley, and incumbent Tim Bookwalter. On Thursday, May 2, at 6:30 p.m., DePauw Professor of Political Science Bruce Stinebrickner will moderate a discussion among these four public servants about the challenges and opportunities they have faced leading the Putnam County Prosecutor's Office.

“Putnam County Prosecutors Roundtable: Four Decades and Counting,” will take place in the Watson Forum, located within DePauw's Pulliam Center for Contemporary Media. The event is open to the community. 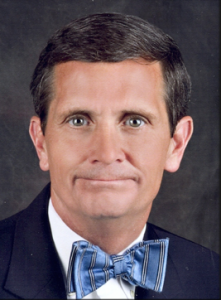 In the four-plus decades that these four individuals held the office, significant changes of all sorts have occurred in the United States as a whole, in Indiana, and in Putnam County. The roundtable discussion will provide an opportunity for looking back as well as looking ahead.

Del Brewer was first elected to be prosecutor in November 1986, served eight years beginning in January 1979, and was succeeded by Bob Lowe in January 1987. Lowe resigned as prosecutor effective December 1, 1996 after being elected to the Putnam County Superior Court. He was succeeded by Matt Headley, who served until after his election to the Putnam County Circuit Court in November 2004. Prosecutor Tim Bookwalter (pictured at left) took over the office in January 2005 and, after winning elections in 2006, 2010, 2014, and 2018, is currently in his fifteenth year of service as Putnam County prosecutor.